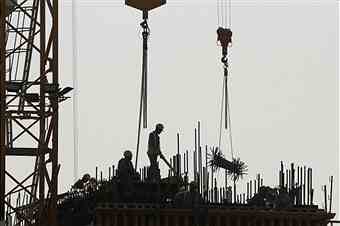 September 15 – A vast majority of football fans support compensation for migrant workers in Qatar and their families, a survey commissioned by Amnesty International has found.

Earlier this year a coalition of Human Rights groups called on FIFA and World Cup host Qatar to compensate migrant workers and their families for the human rights abuses they have suffered with the #PayUpFIFA campaign, demanding a fund of $440 million, the equivalent of the prize money that will be on offer during the global finals.

Almost three-quarters (73%) of surveyed adults support the call for a fund and more than two-thirds (67%) want their national Football Associations to speak out publicly about the human rights issues associated with the World Cup in Qatar.

“These findings send a clear message to football’s leadership. Across the globe, people are united in their desire to see FIFA step up and make amends for the suffering endured by migrant workers in Qatar. They also want to see their national associations take a much firmer stance,” said Steve Cockburn, Amnesty International’s Head of Economic and Social Justice.

“FIFA takes note of the poll conducted on behalf of Amnesty International, featuring respondents from 10 countries in Europe and five countries from the rest of the world,” said the global governing body, which last May claimed it was assessing the proposal for a fund.

“Respondents may not be fully aware of the measures implemented in recent years by FIFA and its partners in Qatar to protect workers involved in the delivery of the FIFA World Cup Qatar 2022.”

Fans may be supportive, but the football associations of the World Cup finalists have been far less forthcoming. A survey last month by English daily newspaper The Independent found that no member association publicly supported the idea. The Belgian, Danish, Dutch, English, German, and Norwegian FA’s have however expressed their support for the principle.

“The NFF is fully behind the idea of complementing the existing remedies [for migrant workers in Qatar],” Norwegian Football Federation president Lise Klaveness said recently.

“Qatar is not fulfilling the obligation of historical abuses. We have to be very concrete now and not just sit and yell at the award twelve years ago.”

Norway has however not qualified for the World Cup and with its limited global weight, it will require a major national federation to come forward publicly to get the ball rolling at all.

“With less than 50 days until kick-off, the clock is ticking,” said Cockburn. “But there is still time for FIFA to do the right thing. Supporters don’t want a World Cup that’s indelibly tainted by human rights abuses. The past cannot be undone, but a compensation programme is a clear and simple way that FIFA and Qatar can provide at least some measure of redress to the hundreds of thousands of workers who made this tournament possible.”