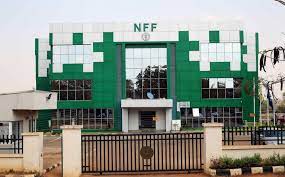 September 16 – Nigerian football has been plunged into a new crisis with the September 30 elections to replace the outgoing board, including embattled Nigeria Football Federation (NFF) president Amaju Pinnick, put on hold.

A High Court order has mandated that the elective congress scheduled for that day be delayed over a row about equal representation for the five statutory bodies making up the NFF in terms of voting rights. The court adjourned further proceedings until October 31.

Pinnick, one of the most colourful and controversial figures in African football, announced last month that he will not seek re-election for a third term in office.

In power at the NFF since 2014, Pinnick, a strong ally of FIFA president Gianni Infantino, has hardly been a beacon of good governance having frequently been accused of corruption even though he is a member of the all-powerful FIFA Council.

Over 40 candidates have apparently been cleared to vie for the different positions on the new NFF board including 11 to replace Pinnick, with two others disqualified.

Harrison Jalla of the Professional Footballers Association of Nigeria (PFAN) is reported to have stated in a news release that by choosing  September 30 for its Elective Congress, the NFF was initially attempting to break the law since there was an ongoing lawsuit to modify the NFF Statutes.

To make matters worse, a group calling itself the Nigeria Football Stakeholders had apparently threatened to bomb the election venue in Benin City if the planned election went ahead.

The group is reported to have stated that due to the “atrocities committed by the current (NFF) board,” the election should be “stopped till such a time when all reforms are carried out.”

The group further threatened that “blood will flow” if their demand was not met.