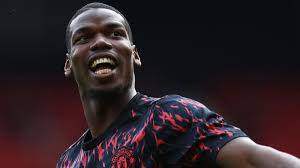 September 20 – Paul Pogba’s brother Mathias has been detained and placed under formal investigation over an alleged plot to extort money from his sibling and belonging to a criminal gang, according to French reports.

Four other people have also been placed under formal investigation for extortion and criminal association, judicial sources told news agencies.

Mathias Pogba, 32, has admitted he was behind a video that appeared online last month promising “revelations” about the 29-year-old Juventus midfielder.

French police subsequently opened an investigation into claims that Paul Pogba was being threatened and targeted for extortion amid reports large sums of money were being demanded from the French international midfielder if he wanted to avoid the dissemination of the allegedly compromising videos. He filed a complaint with Turin prosecutors on July 16 claiming he was the target of a €13 million blackmail plot.

A World Cup winner with France in 2018, Pogba moved to Juventus on a free transfer this summer after leaving Manchester United.

Mathias Pogba is also a professional footballer who has been capped by Guinea and played for clubs across Europe including Crewe, Wrexham, Crawley and Partick Thistle.

So alarming is the case that it is also being reported that Paul Pogba, who is currently injured, is under police protection in Turin.