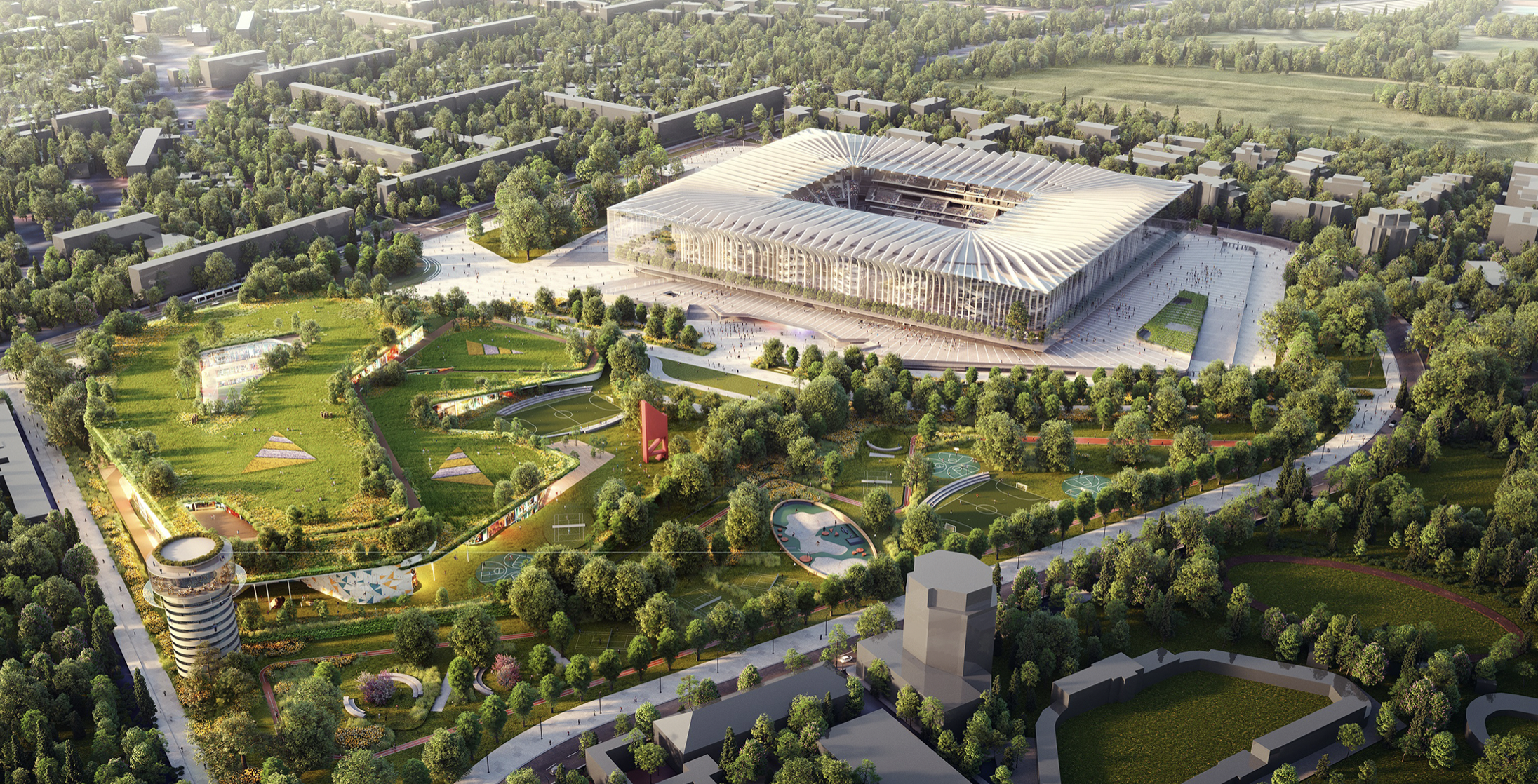 September 21 – AC Milan and Internazionale have revealed the latest project plans to replace their historic San Siro Stadium with a state-of-the-art venue.

The Milan giants have long been looking to build a new football temple – ‘La Catedral’ – which will now be built near the current ground. Construction is due to begin in 2024 with confirmation that the San Siro will be demolished.

The new municipal stadium will host the opening ceremony of the 2026 Winter Olympics which will be staged by Milano-Cortina.

Capacity will be 65,000 seats, smaller than at the current San Siro Stadium, though current attendances for both clubs rarely exceed 50,000 per game.

The new project will include urbanisation of the adjoining area with 50,000 square metre park, underground parking, a 17-storey double tower, and a shopping centre, a congress centre and sports museum.

The cost of the new stadium will exceed $1 billion and will be borne by both clubs. They will have to pay a land lease fee to the city council but all stadium revenues will benefit the clubs.

Inter and AC Milan estimate an increase in revenues of €120 million, of which €80 million will be generated from in-stadia sales and €40 million from commercial ad inventory, according to Corriere della Sera.

Previous attempts to get the new stadium off the ground have hit multiple roadblocks. The clubs then launched a feasibility study into the redevelopment of the stadium and the surrounding area after they were told by the city that they could not knock down the old stadium.

“Every League in the world that has been successful has done so by building new stadiums, with an incredible and inclusive experience for the fans,” said AC Milan CEO Ivan Gazidis.

“We have everything that is needed: the football, the people, fans. I see a brilliant future, you just need to have courage. Creating new stadiums is a fundamental step if we want to be at the top of the football world again.”

The San Siro stadium was opened in 1926 and redeveloped in both 1955 and 1990. The venue has hosted four Champions League finals, the last one in 2016 between Real Madrid and Atlético Madrid.