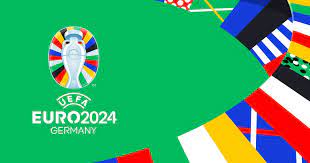 September 21 – UEFA have declined to kick Belarus, Russia’s biggest political and military ally, out of the 2024 European Championship qualifying draw next month despite a government request from tournament host Germany to remove them.

UEFA have confirmed Belarus will be in the 53-nation draw that Russia is banned from, though the Belarusians will not be placed in the same group as neighbouring Ukraine for security reasons. The qualifying groups will be drawn on October 9 in Frankfurt.

UEFA have prohibited Belarus from hosting matches on its own territory but has stopped short of a blanket ban.

Imposing the Belarus sanctions four months ago, UEFA cited the Russian invasion of Ukraine “had been facilitated by access given from the neighboring territory of Belarus.”

UEFA confirmed Russia would not be involved in the Euro draw following its executive committee met in Hvar, Croatia, and approved the procedure. The draw will comprise seven groups of five teams and three groups of six, with the top two in each advancing to the finals. As hosts Germany qualify automatically.

The remaining three spots in the 24-team final tournament will be decided via play-offs to be contested in March 2024.