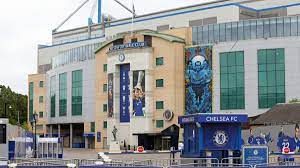 September 21 – Just days after sacking manager Thomas Tuchel, Chelsea are back in the headlines again after showing the door to yet another official, commercial director Damian Willoughby, dismissed despite having started work for the Premier League club only weeks ago.

Chelsea said they had terminated Willoughby’s employment with immediate effect after receiving evidence he had sent the messages before being appointed as part of the club’s takeover by an investment group led by Todd Boehly and Clearlake Capital.

“Evidence of inappropriate messages sent by Mr Willoughby, prior to his appointment at Chelsea FC earlier this month, has recently been provided to and investigated by the club,” a club spokesperson was quoted as saying.

“While they were sent prior to his employment at the club, such behaviour runs absolutely counter to the workplace environment and corporate culture being established by the club’s new ownership.”

Willoughby was in his second spell at Chelsea having also worked for Manchester City and EA Sports. He took a key role, with Chelsea’s new US owners looking to maximise commercial revenue.  However, he has now departed after less than four weeks.

Kim is reported to have made a complaint to the Blues president of business Tom Glick, who hired Willoughby, to claim that she had been sexually harassed before his employment by the club and alleged she felt threatened over the telephone.

“The club’s owners are working tirelessly to set and achieve the highest standards both on and off the pitch, and are determined to establish and nurture a culture of transparency, accountability, inclusivity, diversity and opportunity,” the Chelsea statement added. ‘The club is committed to creating an environment which embodies these values.”