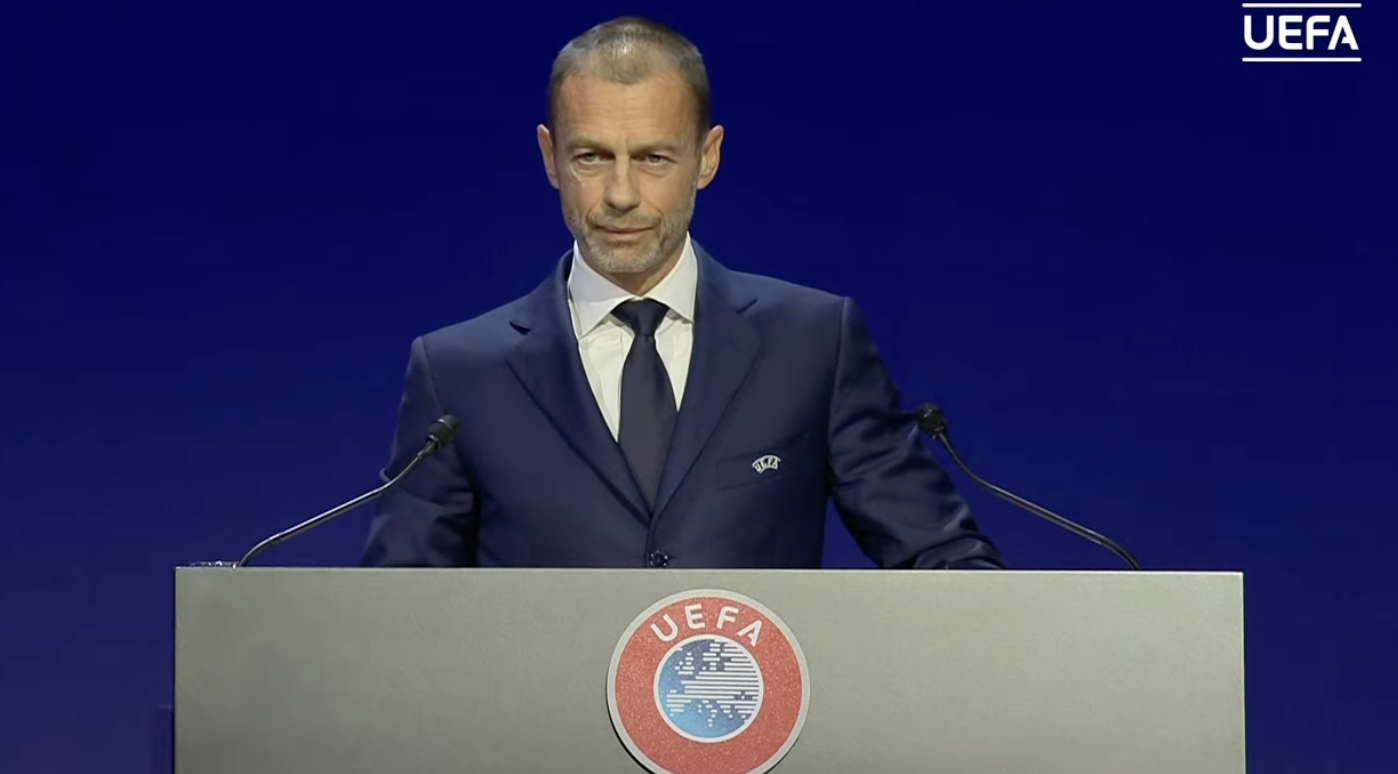 September 22 – UEFA president Aleksander Ceferin has re-iterated that the ban on Russia from European football following its invasion of Ukraine is unlikely to be lifted any time soon.

Ceferin told a press conference following UEFA’s executive committee meeting in Hvar, Croatia, this week that Russia would remain out in the cold for the foreseeable future.

“The decision for the national team and clubs on their suspension was a decision until further notice, which means we are monitoring the situation, and until we’ve decided otherwise, this will remain so,” said Ceferin after Russia were excluded from the Euro 2024 qualifying competition.

“We don’t have to take a decision every time another competition comes up. We hope, all of us, that the war will end as soon as possible, so that we can have the national team from Russia in our competitions. But the situation as it is, is such that we can’t even discuss it.”

What if there was a ceasefire, he was asked.

“I can’t say decidedly that from the moment some agreement is signed that they will be able to compete,” he replied. “What we can do is to advocate peace and then we hope the war ends soon, and after that, we decide what to do.”

Ceferin also shot down rumours that UEFA could take Champions League games out of Europe.

Media reports have emerged suggesting UEFA’s exco were exploring options to stage some encounters in neutral territory, such as the US, China and the Middle East.

“We never discussed this,” said Ceferin. “I would be in the know if there were any discussions about playing Champions League games outside Europe, and I do not know anything about it.”

He also re-iterated that under his watch there will never again be a multi-venue Euro finals such as Euro 2020, one reason being that it gives an unfair advantage to those with predominantly home games.

A pan-European finals was the brainchild of former UEFA boss Michel Platini but Ceferin, who never fully embraced the concept after succeeding Platini, made it clear that more than two joint hosts in the future was a non-starter.

“We are not considering such EUROs tournaments in ten or 11 countries. That was complicated enough,” he said.

Without specifically mentioning finalists Italy and England, both of whom played all their group games on home soil with England only having to travel once throughout the finals, Ceferin remarked: “With respect to sports considerations, Switzerland played one game in Rome and then in Baku.”

“Some teams played at home all the time and those that did not travel and played at home ended up in the final. We don’t like that concept at all. It was the 60th anniversary of the EURO, of a pan-European friendship. That was the element of the idea.

“I’m not saying the idea as such was bad, but my feeling is that the EURO should take place in one or two countries if we are talking about smaller countries, but it is very difficult to be repeating such an exercise any time.”