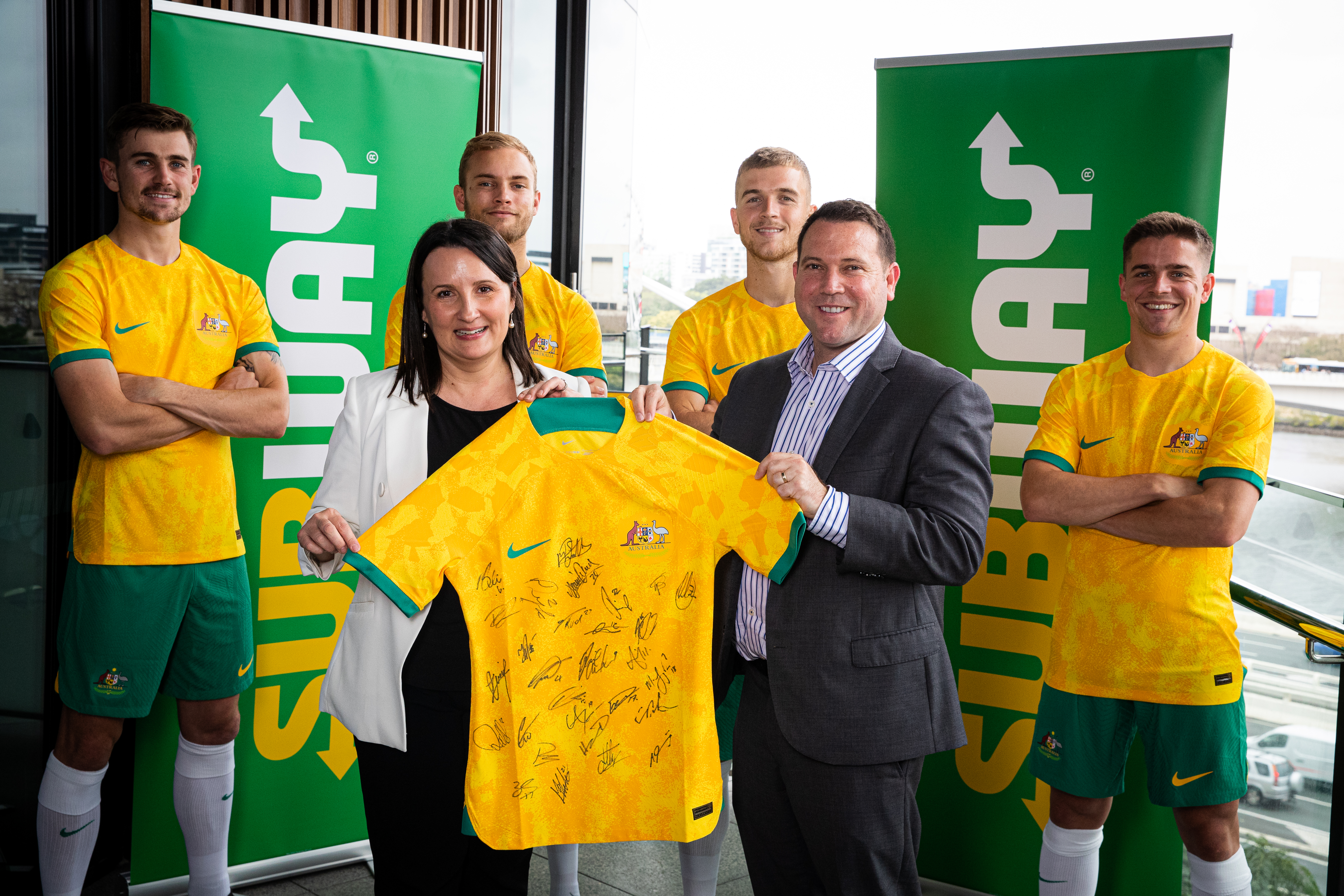 September 22 – Football Australia has agreed a three-year sponsorship deal with Subway who will become the naming rights partner of the men’s national teams, the Socceroos.

Subway also becomes an Official Partner of the Australian women’s team who already have a naming rights partner, the CommBank Matildas.

Subway will have exclusive rights to the Australia Cup.

Subway will have front of jersey branding across men’s national teams’ training and off-field apparel, aswell as both Subway Socceroos and CommBank Matildas’ player mascots.

The partners will also collaborate on branded content, customer experiences and matchday activations.  Subway will promote the Socceroos in their own marketing and across over 1,200 store locations in Australia.

“Subway joins us at a time of unprecedented interest and growth in Australian football. The team at Football Australia has worked tirelessly to strategically position our iconic national teams in an increasingly competitive market and this record-breaking partnership, which follows a series of other commercial announcements over the past two years, demonstrates how deeply the Subway Socceroos andCommBank Matildas resonate with the Australian public,” said Football Australia chief executive officer James Johnson (pictured right).

“It also continues our efforts to work with brands which align with our own values and as the top-ranked company on YouGov’s Dining and Quality Rating Standards, we are delighted to be working with another high performing team.”

The partnership will officially launch at the Socceroos Centenary and Farewell match ahead of the FIFA World Cup Qatar 2022 at Suncorp Stadium in Brisbane tonight (Thursday).

“This is a partnership of two iconic brands and binds together a sandwich chain enjoyed by millions worldwide and a sport that millions play, participate in and support across the globe,” said Shane Bracken, Subway Country Director for Australia and New Zealand.