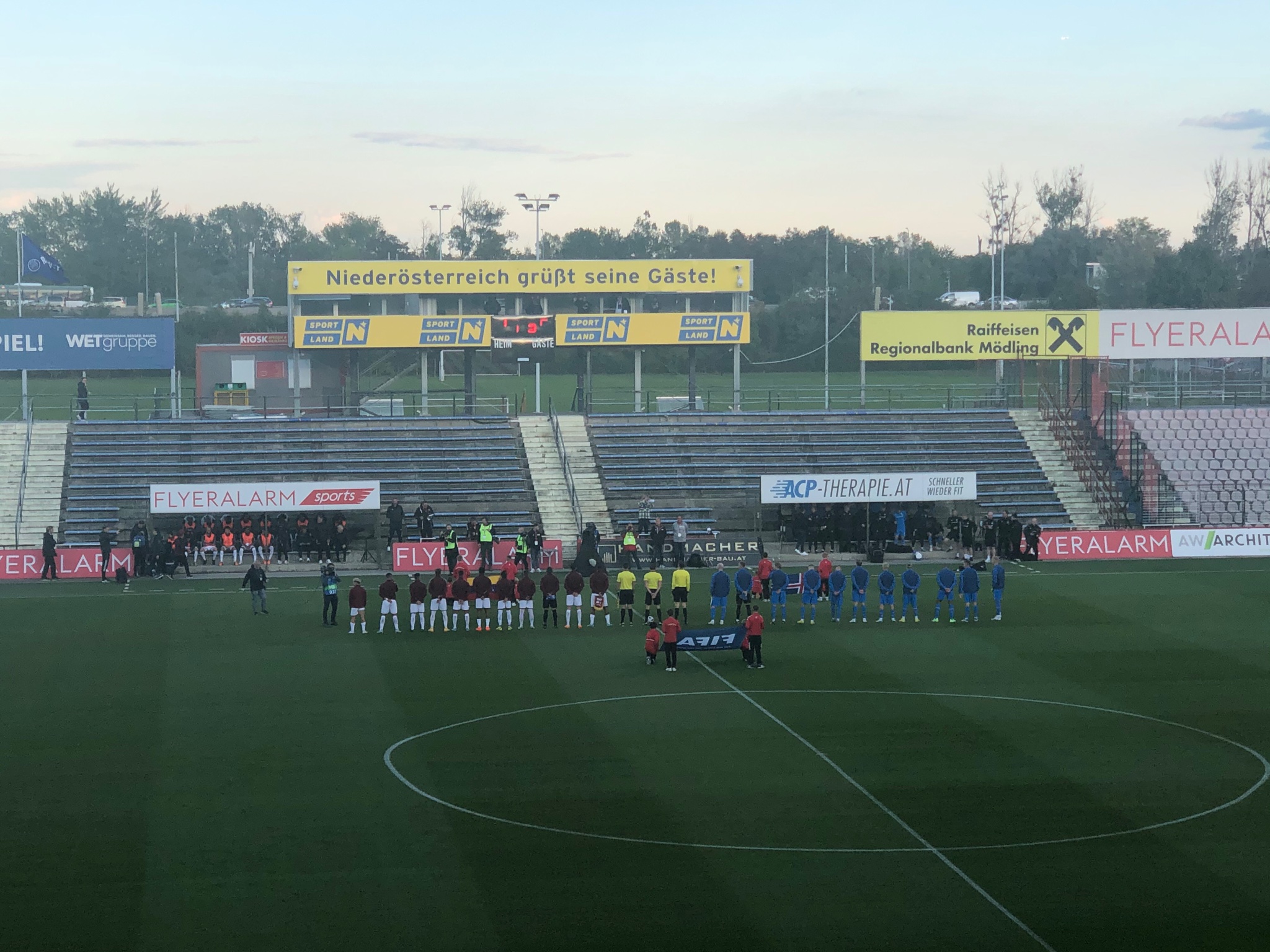 September 23 – With a late penalty strike from Isak Johannesson, Iceland defeated Venezuela 1-0 in a friendly international.

On the outskirts of the Austrian capital and behind closed doors, Venezuela and Iceland, neither of whom have qualified for the Qatar World Cup, presented quite a different picture of international football to the hype of the big nation football-fest that is place between now and tournament kick off in two months time.

Both nations have had their international moments, but they won’t be in Qatar this winter. They are instead working and hoping for a global warming of their own as they look ahead to 2026.

Neither side particularly failed impressed in a match short on chances. A slew of changes midway through the second half didn’t help proceedings, even if the Icelandic team got a few half-chances.

It was Johannesson who grabbed the winning goal in the 85th minute from the penalty spot after a rough challenge on Johann Helgason in the penalty box.

The match also marked the return of Iceland captain Aron Gunnarsson in defence. He was last selected in 2021 for a friendly against Poland, but much to the dismay of the Icelandic public, coach Arnar Vidarsson included him in the squad for the current international window.

In a scandal that led to the resignation of the Iceland FA board, the player was charged with rape before the charges were dropped due to a lack of evidence.

The scandal rocked Icelandic football, which enjoyed worldwide attention and acclaim in 2016 and 2018 for reaching two consecutive major finals in their very own flamboyant style. But today all of that momentum is gone and public opinion in Iceland has turned against the national team.

“I am just the coach who selects the players that are available, but I am not a specialist in those matters – setting the rules and the boundaries,” said Iceland coach Vidarsson.

“I just do my job, to guide the team and it is left to others to set the rules and decided what the limits are. I am very happy that he is back because he is a key player. He is a real leader in this group.”

Second in Group 2 of League 2 behind Israel, Iceland will wrap up their Nations League campaign against Albania before ending 2022 with a friendly against Saudi Arabia in November. Iceland had been due to play Russia on Saturday, but because of the Russian ban from the UEFA Nations League, that match has been cancelled.

Next week, Venezuela, who appointed Jose Pekerman as coach late last year, will play the United Arab Emirates in another friendly. The Emirati are also holding a training camp in Vienna.

“For Venezuela, everything is a gain,” said Pekerman. “We are on the right path for the 2026 qualifiers and this team can improve.”