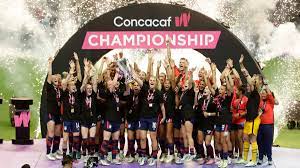 October 5 – Just as the United States women’s team is preparing for its prestige international on Friday against England at Wembley, its players are taking in the findings of a damning report which found that emotional abuse and sexual misconduct had become systemic throughout the US National Women’s Soccer League.

US Soccer commissioned an independent investigation after former NWSL players Sinead Farrelly and Mana Shim came forward with allegations of harassment and sexual coercion dating back a decade.

“Abuse in the NWSL is rooted in a deeper culture in women’s soccer, beginning in youth leagues, that normalizes verbally abusive coaching and blurs boundaries between coaches and players,” former acting US Attorney General Sally Yates wrote in her report

Both the NWSL and US Soccer failed to put in “basic measures” to safeguard players or “respond appropriately when confronted with player reports and evidence of abuse,” the report added.

More than 200 people were interviewed as part of the investigation which focused on three former coaches. US Soccer President Cindy Parlow Cone called the findings “heartbreaking and deeply troubling”.

“The abuse described is inexcusable and has no place on any playing field, in any training facility or workplace,” she said in a statement.

“As the national governing body for our sport, US Soccer is fully committed to doing everything in its power to ensure that all players – at all levels – have a safe and respectful place to learn, grow and compete.”

The report made numerous recommendations to prioritise player health and safety and current US captain Becky Sauerbrunn demanded root and branch reform of elite domestic football.

“It’s time for those in authority to start being accountable and make players in this league feel safe,” she said in the build-up to Friday’s showpiece fixture between the Concacaf and European champions.

“Every owner and executive and U.S. Soccer official who has repeatedly failed the players and failed to protect the players who have hidden behind legalities and have not participated in these investigations should be gone. At the bare minimum, the recommendations that are in the Sally Yates report should be immediately implemented by U.S. Soccer and by the league.”

“We are horrified, exhausted and really, really angry. We’re heartbroken and frustrated. We’re angry it took a third-party investigation and over 200 people sharing their trauma to get to the point we’re at right now. Passion for the game has been taken away from players because of this abuse, we need to bring that joy and accessibility back to the game.”