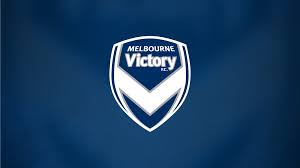 Melbourne Victory said that the investment from 777 Partners is “one of the biggest investment deals” completed by an Australian professional sports team. Even so, the group will obtain just a minority holding.

“The 777 Partners deal will strengthen our capital base and will allow the club to supercharge its growth trajectory as well as ensure its longevity in Australia and football while retaining the Melbourne Victory brand, fabric and history,” said Melbourne Victory’s chairman Anthony Di Pietro.

The terms of the deal were not disclosed, but the Daily Telegraph reports that the deal values Melbourne Victory at $32.4 million. Founder and managing partner of 777 Partners Josh Wander added: “Football is poised for tremendous growth in Australia, and on this basis, it is strategically important for our group to be here. Melbourne Victory with its success on the pitch, and passionate, loyal fan base, is the perfect club for us.”

“We are committed to doing all of this while respecting the history and traditions that Melbourne Victory hold so dear.”

As a result of 777 Partners’ stake in Melbourne Victory, foreign investments in the A-League now involve half of the 12 sides in the league. However, Adelaide United may reportedly soon be taken over by domestic investors.