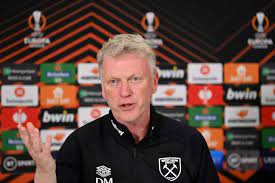 By Samindra Kunti in Brussels

October 8 – West Ham United’s second-string team defeated Anderlecht 1-0 to maintain a perfect record in the Conference League and consolidate their lead at the top of Group B.

David Moyes largely fielded a reserve team with Declan Rice, Lucas Paqueta and Tomas Soucek among those rested. It allowed Anderlecht, without the sick Jan Vertonghen, to go toe-to-toe with the Hammers in the first 30 minutes with Yari Verschaeren, deployed as a striker, testing Alphonse Areola with a firm strike in the 23rd minute.

The English responded, even if it was not precisely in the fashion they would have wished for when Said Benrahma missed a sitter in the 40th minute.

In the second half, Moyes provided fresh legs with Paqueta, Rice and Gianluca Sacamacca in the 70th minute and it proved enough for the victory and three points as Paqueta set up Sacamacca inside the box for a simple finish in the 79th minute. Once at Wolverhampton, Fabio Silva’s stinging header was just about too close to Areola to find an equaliser.

“I’ve got to say, we found Silkeborg a tough opponent, Steaua Bucharest a little bit in change where they are. We want to do a job and I want to be in Europe after Christmas time, that is the first thing. We’ve put ourselves in a pretty good position at the moment, but obviously, we’ve still got three games to go and we have to try and probably get another win at least to get a chance of qualifying.”

In the other group game, Denmark’s Silkeborg trashed Romania’s FCSB 5-0 to earn their first points in Group B of the Conference League. West Ham United remain top with nine points and they welcome Anderlecht to the Olympic Stadium next week in the return leg.