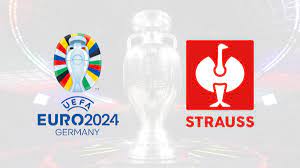 October 9 – Workwear brand Engelbert Strauss has expanded its sponsorships at UEFA to become the official workwear partner of the men’s Euros 2024 in Germany.

The German brand is already a Europa League and Europa Conference League having signed a three-year deal in July 2021 that will through to the end of the 2024 season.

No value was given for the Euro 2024 deal that will Strauss support the sponsorship via a partnership with two German women’s players Giulia Gwinn and Laura Freigang, who played at this summer’s Women’s EURO, and who will be ambassadors for the workwear brand.

Guy-Laurent Epstein, UEFA marketing director said: “We are honoured that Engelbert Strauss is building on its partnership with the UEFA Europa League and the UEFA Europa Conference League and is now becoming a sponsor of our flagship men’s national team tournament .”

Engelbert Strauss is one of Europe’s leading workwear and utility brand and has something of a cult following.

Germany will host the 17th UEFA European Championship in the summer of 2024 across 10 stadiums, with the matches taking place in Berlin, Cologne, Dortmund, Düsseldorf, Frankfurt, Gelsenkirchen, Hamburg, Leipzig, Munich, and Stuttgart.