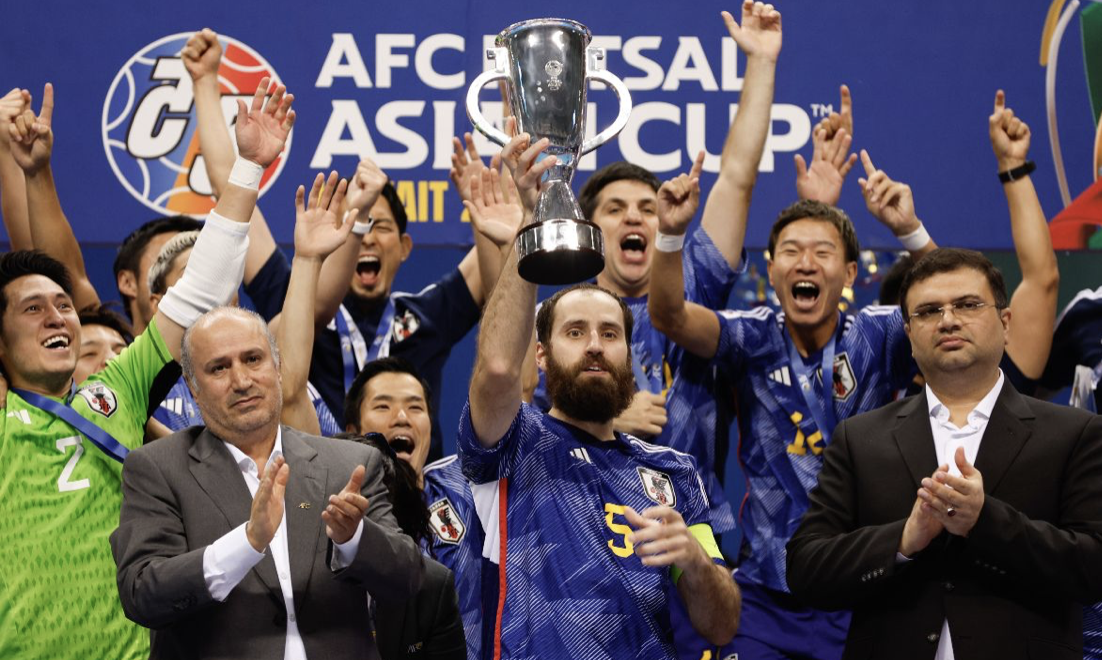 Iran had scored 37 goals and conceded just twice in their run to the final but were unable on to their AFC Futsal title despite taking a lead through Saied Ahmad Abbasi’s 15th-minute strike.

It was short lived. Kazuya Shimizu cancelled out their lead a minute later.
Japan went ahead in the second half through Arthur Oliveira’s free-kick, and Iran went further behind when Abbasi scored an own goal in the final minute. Alireza Javan Shahkali’s last ditch effort came too late as Iran were denied a record-extending 13th title.

Japan coach Kenichiro Kogure’s (who is also head coach of Japan’s U-20s), saw his team reclaim a trophy they last won in 2014.

“The team lived as one during this whole period, which started on September 5, and it allowed us to spend time together, on and off the pitch. It gave us the energy to stick together as a family, said Kogure.

“During this past month, we had a lot of difficult moments, but we were able to keep talking about improving. The bond between us was strong like a family. The title is the fruit of this bond.”
AFC President Shaikh Salman bin Ebrahim Al Khalifa said: “After more than four years, we witnessed the return of Asian futsal thanks to the unity of our participating Member Associations in another clear sign that the Asian game is well on its way to full recovery.

“As first-time hosts, the KFA and the LOC delivered an exemplary tournament under exceptional circumstances and their commitment to develop the sport deserves our praise,” he continued.

“As outlined in the AFC’s Vision and Mission, we are steadfast in our ambitions to stage world-class competitions for our Member Associations and there is no denying that the KFA and LOC have strengthened the foundations for future editions of the AFC Futsal Asian Cup.”