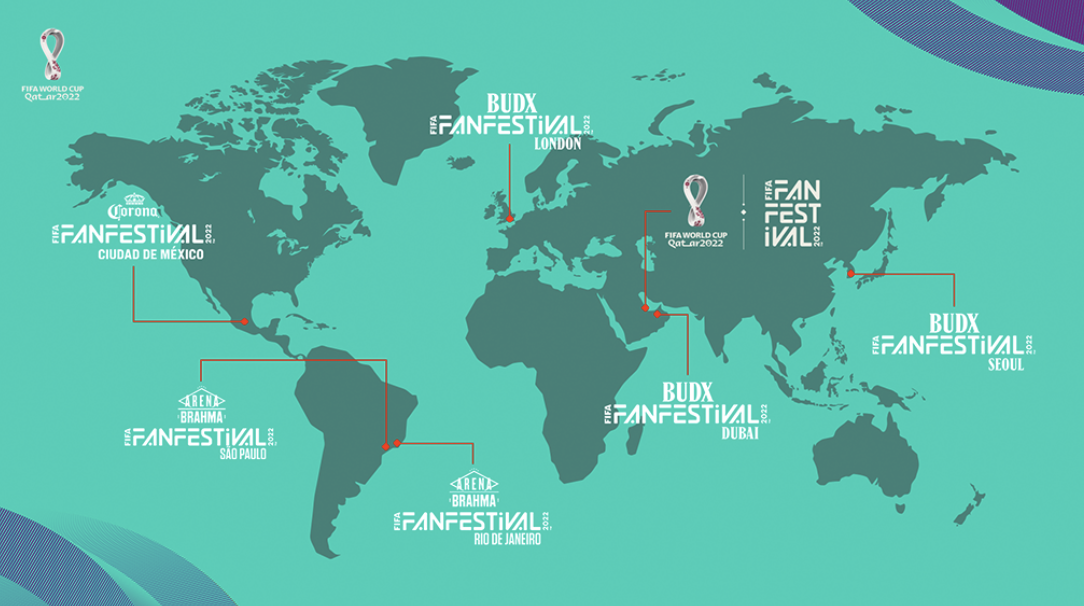 October 11 – While French cities are banning outdoor communal viewing of the World Cup from Qatar in public places from Paris to Marseilles over concerns of rights violations of migrant workers, other cities around the world are proving less judgemental.

London, Mexico City, Rio de Janeiro, São Paulo, Seoul and Dubai will all host satellite events to complement the main FIFA Fan Festival in Doha’s Al Bidda Park, the main destination for fans who will be in Qatar.

All sites will broadcast live matches as well as featuring performances by popular international DJs, local musicians and artists as well as appearances by FIFA Legends. Some sites will showcase 4D immersive audio that will bring the sounds from the matches in Qatar to local events.

“The FIFA Fan Festival was designed to bring fans together beyond the stadiums to experience the best of football, music, culture and lifestyle,” said FIFA Chief Business Officer Romy Gai.

The Fan Festival events will start opening on selected dates from tournament kick-off on November 20. The size of each site varies from pop-up activations 10,000+ capacity sites. Different venues will decide whether admission prices will be charged and VIP areas created.

“With billions of football fans watching the World Cup, we’re thrilled to partner with FIFA to create the first-ever International FIFA Fan Festival, which is the ultimate fan experience – from a next-generation audio and visual experience to celebrating local music and culture – all with Budweiser, Corona and Brahma,” said Todd Allen, Global Vice President of Marketing, Budweiser at AB InBev.

The sites by city are: