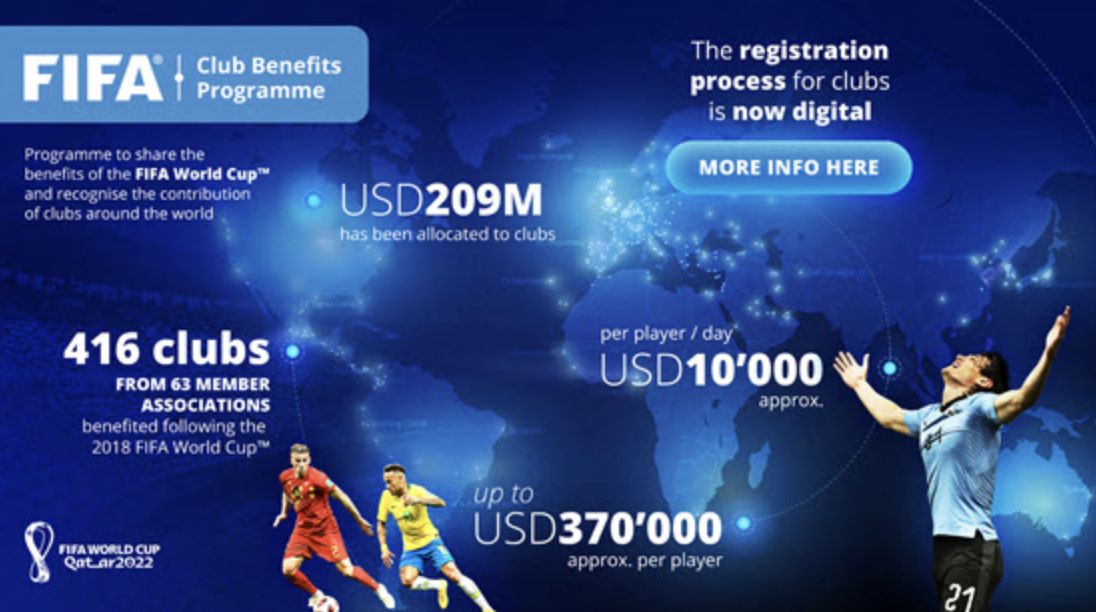 October 11 – FIFA has opened the financial compensation process for clubs whose players will be participating at the 2022 World Cup in Qatar.

The Club Benefits Programme will see $209 million distributed to clubs worldwide. In 2018, following the Russia World Cup, 416 clubs from 63 member associations benefitted from the programme.

Compensation for clubs sees $10,000 paid for each one of the days the relevant player remains with his national team during the Qatar 2022 World Cup and the official preparation period. The compensation will be paid to all clubs for which the footballer has played in the two years prior to the FIFA World Cup 2022.

Clubs can apply digitally for the compensation via the FIFA Professional Football Landscape platform.

The Club Benefits Programme was launched in 2010 as part of an agreement between FIFA and the European Club Association. It was extended in 2015 to cover both the 2018 and 2022 World Cups.