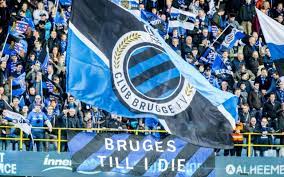 October 13 – On a dramatic night of Champions League action, Club Brugge became only the third Belgian club in the competition’s modern history to progress from the group stages after holding Atletico Madrid to a goalless draw.

Following three wins from three, the Belgians needed just a point from their trip to the Spanish capital and they ground out a scoreless draw with former Liverpool goalkeeper Simon Mignolet producing multiple brilliant saves to punch a historic ticket for the knockout phase of the competition.

“If you keep four clean sheets, it means that your plan works,” said Mignolet. “In recent years it has not worked for us in the Champions League, but this season is different. We have the qualification, but our story does not end here. We want to see how far we can get.”

In the first leg, Brugge had dominated at home, playing a possession-based game, pressing high and accelerating at the right moments, but at the Wanda Metropolitano Stadium, the Belgians were largely restricted to defending and hanging on.

“We had to adapt to the opponent,” said Club Brugge coach Carl Hoefkens. “I don’t like to do that, but I am incredibly proud of my team. It makes me very happy that we can also play a different kind of football.”

It’s the first time Brugge have progressed to the second round of the competition. Last season, they drew with Paris Saint-Germain and defeated RB Leipzig, but ultimately departed in the group phase. They became the third Belgian club to achieve the feat after Anderlecht and AA Gent.

Brugge is Belgium’s best-run club. They invested $15 million in a state-of-the-art training complex, updated their stadium, and took over Roeselare’s ground for their reserve team. They sell their best players to reinvest the money in both infrastructure and new players with Skov Olsen and Ferran Jutgla some of the new personnel standing out this campaign.

With all of their financial power – the result of six Champions League campaigns in seven years – there is a danger that Brugge become the Bayern Munich of Belgium but for now, Antwerp is keeping the defending Belgian champions on their toes in the league.

Elsewhere in the Champions League, Barcelona came from behind to salvage a point against Inter Milan in a spectacular 3-3, but it might not be enough to keep the Catalans in the competition as they still have to face Bayern Munich. They trail the Germans by eight points and Inter by three points.

Liverpool registered a mammoth 7-1 victory away to Glasgow Rangers.