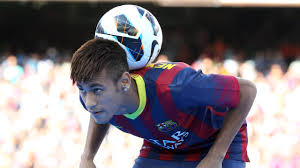 October 14 – Just weeks before leaving for the World Cup, Brazilian ace Neymar stands trial next week on fraud and corruption charges over his transfer to Barcelona from Santos in 2013.

In one of the most high profile court cases ever to involve a footballing superstar, the complainant, Brazilian investment firm DIS, said it was seeking a five-year jail term for the Paris St Germain forward.

DIS alleges that it was entitled to 40% of Neymar’s transfer fee but that it received far less. The company claims both Barca and Neymar joined forces to hide the real amount of the transfer.

Neymar’s career has been fraught with legal battles off the field. A year ago, Barcelona reached an out-of-court settlement with the Brazilian surrounding his €222 million move to Paris St-Germain in 2017.

The case related to what Neymar claimed were unpaid bonuses due as part of a contract he signed in October 2016, before the then world record transfer. Neymar sued the Catalan club for €46.3 million, and they counter-sued for breach of contract.

The legal wrangling dragged on for many years with a judge in Barcelona finally siding with the club and ordering the Brazilian to pay €6.7 million.

Now he faces being exposed once again in potentially an even more serious case that has finally come to trial after a long-running saga.

Neymar will have to make an appearance on Monday in Barcelona but it is unclear if he needs to attend after the first day of a trial that could last a fortnight.

Barca said at the time of Neymar’s move from Santos that the transfer figure was €57.1 million, of which €40 million was paid to Neymar’s family.

DIS received a 40% of the remaining €17.1 million that was paid to Santos. The company allege they lost out on a fair share of the fee because Neymar was sold for below his value.

“Neymar’s rights have not been sold to the highest bidder,” DIS lawyer Paulo Nasser told a news conference in Barcelona on Thursday. “There were clubs that offered up to €60 million.”

Along with Neymar, the defendants in the trial being brought by Spanish prosecutors are his parents, the two clubs involved, former Barca presidents Josep Maria Bartomeu and Sandro Rosell, and ex-Santos president Odilio Rodrigues.

In a statement Baker McKenzie, who will be defending Neymar and his family in the trial, told Reuters they will argue that the Spanish courts “lack jurisdiction to prosecute the Neymar family” since the transfer involved Brazilian nationals in Brazil. They also point out that the alleged crimes are not punishable in Brazil.

“The rules of free competition do not operate since the transfer from one club to another depends on the free will of the player who is not a service or a commodity.”

Whilst DIS want a five-year prison term, Spanish prosecutors are demanding two years and payment of €10 million. But they are calling for a five-year jail term for Rosell, who denied any wrongdoing, and an €8.4 million fine for Barcelona.