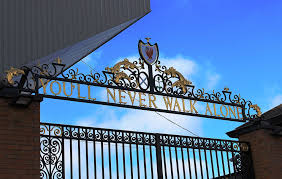 October 17 – Liverpool have condemned a section of the travelling Manchester City support for “vile chants relating to football stadium tragedies” during Sunday’s high-profile clash between the two Premier League heavyweights.

Two chants were clearly audible from the visiting enclosure relating to the Heysel and Hillsborough disasters referencing the 39 people who died at Heysel in 1985 and the 97 Liverpool supporters who lost their lives in and after the 1989 FA Cup semi-final.

“We are deeply disappointed to hear vile chants relating to football stadium tragedies from the away section during today’s game at Anfield,” Liverpool said in a statement.

“We know the impact such behaviour has on the families, survivors and all those associated with such disasters.”

But there was also trouble meted out by the home fans. City boss Pep Guardiola said coins were thrown at him during the heated encounter which Liverpool won 1-0 but in which home boss Juergen Klopp was sent to the stands.

Despite Klopp’s sending off, the result kick-started his side’s stuttering season, having ended City’s unbeaten run.