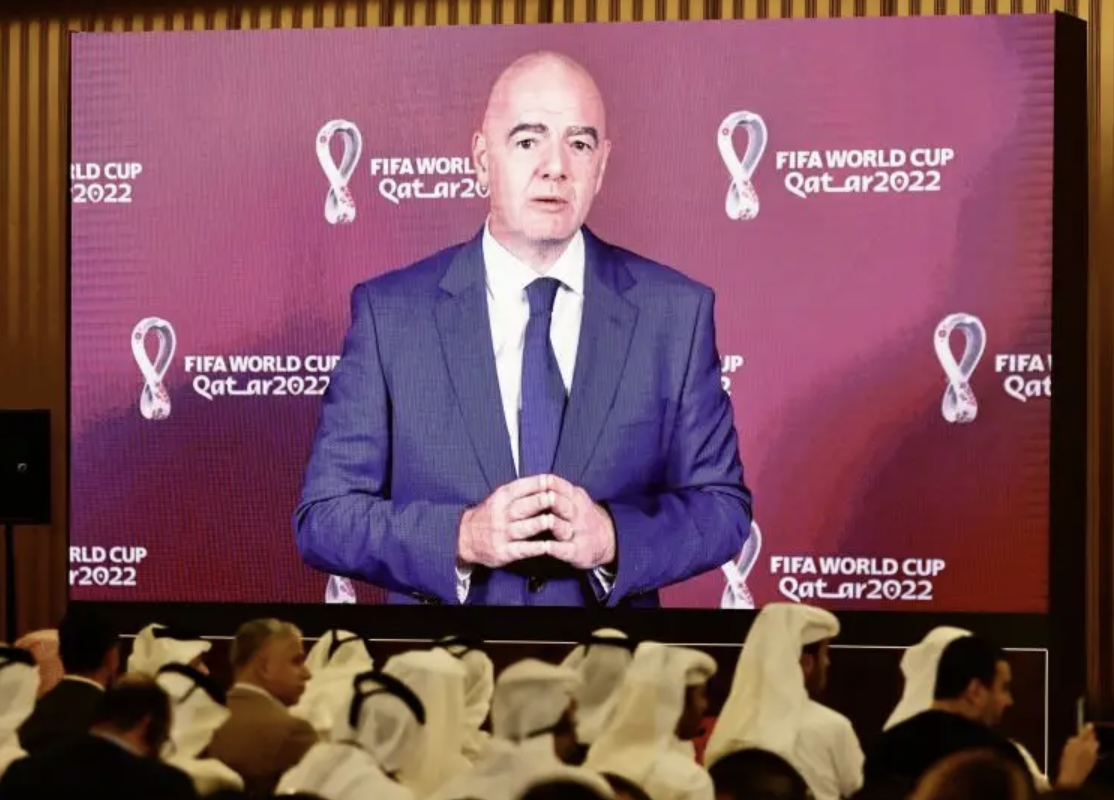 October 18 – In the face of continued western media scepticism, FIFA president Gianni Infantino and World Cup organisers are cranking up the public relations narrative, insisting to anyone who will listen that the tournament in Qatar will be remembered for all the right reasons.

At a press conference Monday in downtown Doha endorsing Qatar’s credentials and preparedness 45 days before the start of the most controversial World Cup in recent memory, organisers put their best feet forward to insist, not for the first time, that those visiting the tiny Gulf state will enjoy the experience of a lifetime.

“We have always said that Qatar will deliver the best-ever edition of the FIFA World Cup – and, as you look around the country today, at the state-of-the-art stadiums, the training pitches, the metro, the wider infrastructure, everything is ready and everyone is welcome,” Infantino told the conference in a video address.

The FIFA president took the opportunity to downplay concerns about alleged homophobia in the tiny Gulf state, concerns organisers roundly reject. “Let me repeat this clearly,” said Infantino. “Everyone will be welcome regardless of their origin, background, religion, gender, sexual orientation or nationality.”

The World Cup, he added, “is not only about infrastructure and stadiums, it’s also about experience and legacy. It’s about creating memories that will last a lifetime.”

Memories are one thing, what happens on the ground after the tournament is another. But on the issue of human rights, Infantino pledged: “Groundbreaking reforms …are changing the lives of thousands of workers for the better.”

Whether or not you believe that, there is certainly an enormous appetite to attend the tournament, with an estimated 1.2 million fans attracted by Qatar’s compact size, hardly any travel required between venues and the possibility to see more than one game in a single day.

“There is currently either low or no availability for matches,” said FIFA’s World Cup Chief Operating Officer, Colin Smith, who nevertheless indicated more tickets would come on sale shortly.

One of the most telling revelations came from the Director-General of Qatar’s World Cup organising committee, Yasir Al Jamal, who announced that an additional 30,000 rooms were suddenly being offered to handle last-minute ticket sales.

“This has been designed to ensure that all ticket holders have the best chance of securing accommodation,” said Al Jamal, fuelling suggestions of a late accommodation crisis when comes to both availability and affordability.

Whilst the press conference detailed a string of enticing cultural and entertainment activities outside of the matches themselves in and around Doha, in something of a public relations own goal there was no translation of almost the entire question and answer session from the floor, leaving hundreds of non-Arabic speaking reporters watching on a live stream unable to grasp what was being discussed.

But the general message was clear, 12 years after Qatar was awarded the tournament: Everything is ready.

“We have seen the power and the strength of the World Cup as a catalyst for change in the region,” said Smith. “Let’s unify everyone here in celebration of what will be an amazing event.”