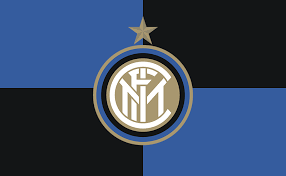 October 19 – The sale of Inter Milan looks to be accelerating with the club’s Chinese owners having engaged US investment bank Raine Group as well as Goldman Sachs to find a buyer.

Owned by the Zhang family, the club was bought in 2016 for €270 million and added to the family’s assets that included the Suning Holdings Group.

The Zhang family are reportedly asking for $1 billion for the club which has previously attracted buyer interest from Saudi Arabia.

The Zhang family previously owned Jiangsu FC who won the Chinese Super League in 2020. However, just three months after winning their first title, the Nanjing-based club, owned by retail giant Suning, was disbanded.

The reason given was that the poor pandemic trading operations of the giant retail group had left it with less resource to finance the club. From that point the sale of Internazionale became the subject of repeated speculation.

When taking control of the club, the Zhang family pledged $750 million to build the team and business. That resulted in a Serie A championship win under Antonio Conte in the 2020-21 season. Inter currently lie seventh in the Serie A table after 10 games.

Raine Group recently acted in the sale of Chelsea to US majority owner Clearlake Capital who have Todd Boehly fronting the ownership.