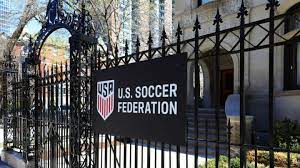 October 19 – US Soccer has become the latest football federation to support a compensation fund for migrant workers in Qatar.

The American governing body has come out in support of a remediation programme for migrant workers in Qatar who have suffered human rights abuses. Earlier this year, human rights groups and NGOs called on FIFA and Qatar to offer workers compensation to the tune of $440 million, the equivalent of the prize money at stake during the World Cup.

And, while stakeholders in the game have largely remained indifferent or reluctant, US Soccer has now joined Germany and France among others in backing the fund.

In 2019, officials from US Soccer began engaging with institutions, including the International Labor Organization (ILO), Amnesty International, the Centre for Sport and Human Rights, and the Supreme Committee for Delivery and Legacy, to better understand the human rights and labour law issues on the ground in Qatar.

US Soccer then tried to ensure that vendors as well as subcontractors it is working with in Qatar comply with the labour reforms that Qatar says it has implemented. The Americans, US Soccer says, have also tried to educate their players about the issue of human rights in Qatar.

The United States’ decision is not without significance. It’s one of FIFA’s larger member associations and above all the US will co-host the 2026 World Cup with Mexico and Canada when the global finals will be expanded to a 48-team tournament. Neither Mexico nor Canada has addressed the topic yet.

On Monday, FIFA president Gianni Infantino, who lives in Doha, said that Qatar would welcome the whole world for the ‘best-ever’ World Cup as local organisers went on a PR offensive, highlighting the country’s readiness to stage the tournament. However, the competition remains and the controversies surrounding it won’t go away.

The host nation will kick off the competition on 20 November against Ecuador with Lusail hosting the final almost a month later.