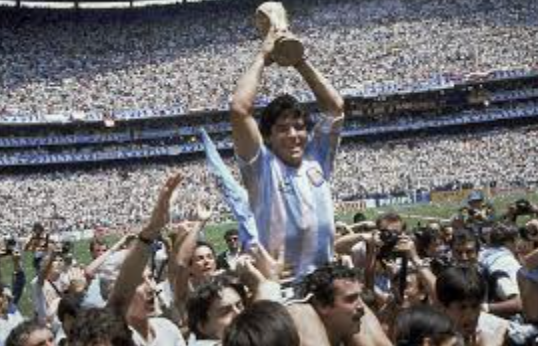 October 20 – The shirt worn by the late Diego Maradona 36 years after he helped Argentina beat Germany to lift the 1986 World Cup in Mexico City has returned to his homeland.

Germany’s Lothar Matthaeus, who swapped shirts with Maradona, donated the jersey to the Argentine embassy in Madrid in August and it was handed over to the country’s football association (AFA) by collector Marcelo Ordas on Wednesday.

“I want to thank you, Marcelo, for having brought us this armour. An important armour for all of Argentine football. This shirt allowed us to hug each other when we won the title of Mexico,” AFA president Claudio Tapia said in statement.

“The value of this means a lot to our country and our history.”

The more notorious “Hand of God” shirt, which Maradona wore against England in the quarter-finals, sold for a record £7.14 million at an auction in May.

That shirt is on loan to the Sports Museum in Qatar as part of next month’s World Cup celebrations.