October 21 – Youth or experience? Real Madrid on average recruit the youngest players out of the Big 5 European leagues at 22.87 years of age.

In contrast Chelsea recruit the oldest at 26.71 years of age.

The new data comes from the CIES Football Observatory which has analysed 3,778 transfers carried out during the last 10 seasons by the 50 clubs always present in the five major European leagues over this period.

“No English or Italian teams are in the top ten of clubs having on average signed the youngest players. Conversely, in the list are five German clubs (Borussia Mönchengladbach, Borussia Dortmund, Wolfsburg, Bayer Leverkusen and Bayern Munich), three French teams (Nice, LOSC Lille and Monaco), as well as two Spanish ones (Real Madrid and Real Sociedad). Real Madrid is the only team among the 50 surveyed that did not sign players aged 30 or over during the decade analysed,” find the report.

The Premier League leads the way with five teams in the top 10 of clubs that recruit the oldest paluers (Chelsea, West Ham, Manchester United, Everton and Crystal Palace), while Italy’s Serie A has four sides in the top 10 (Inter, Milan, Fiorentina and Lazio). 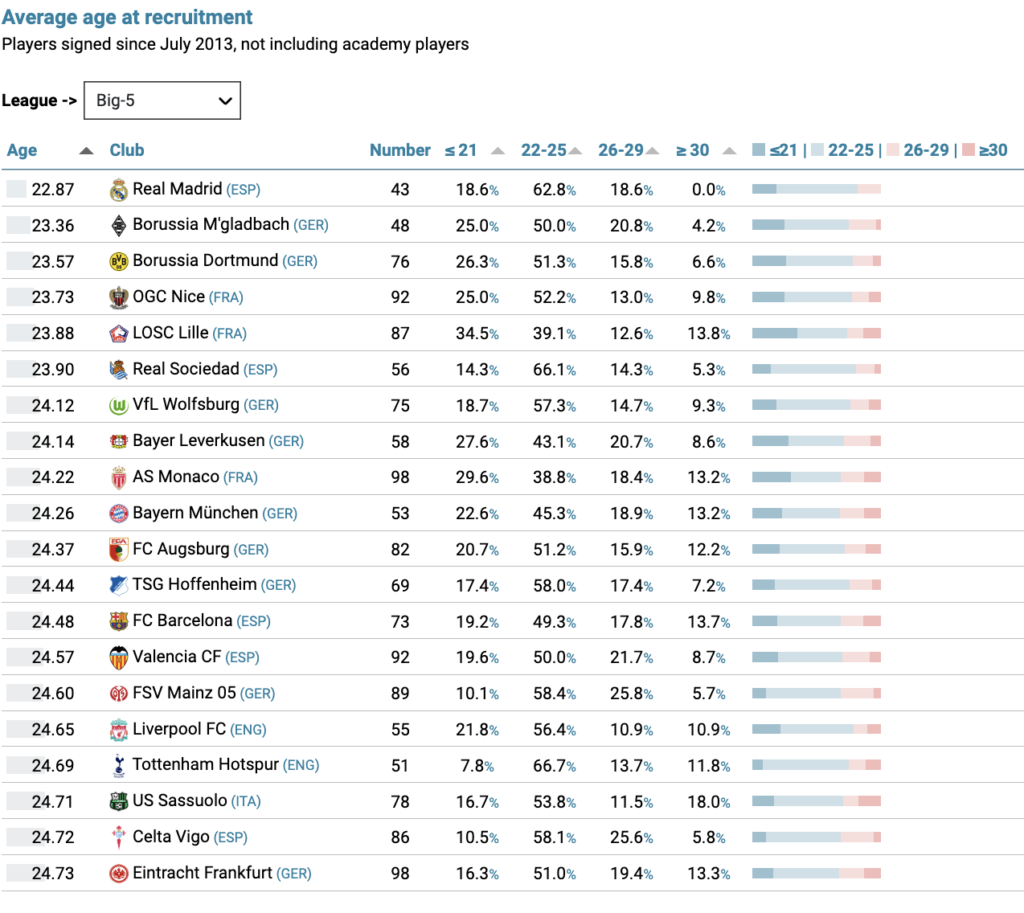 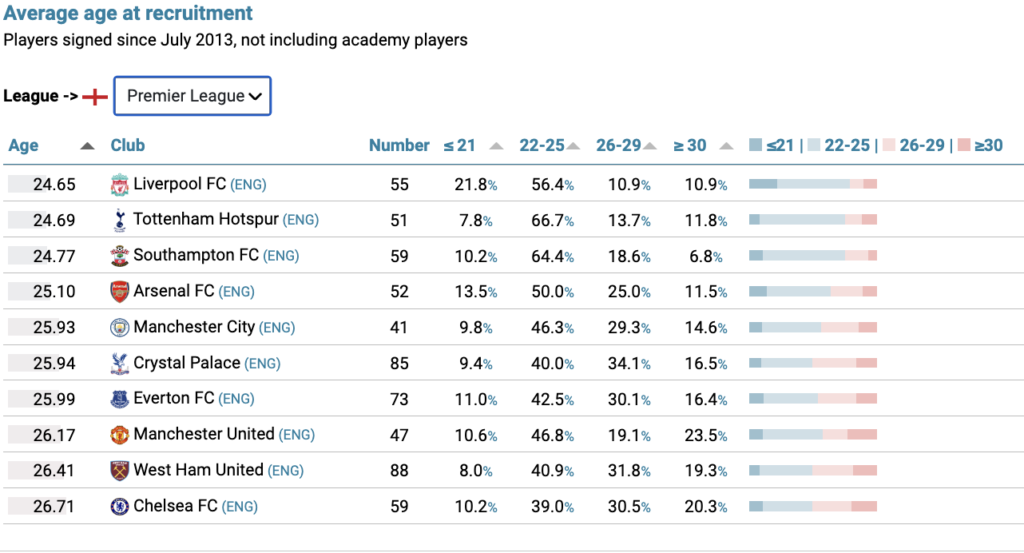 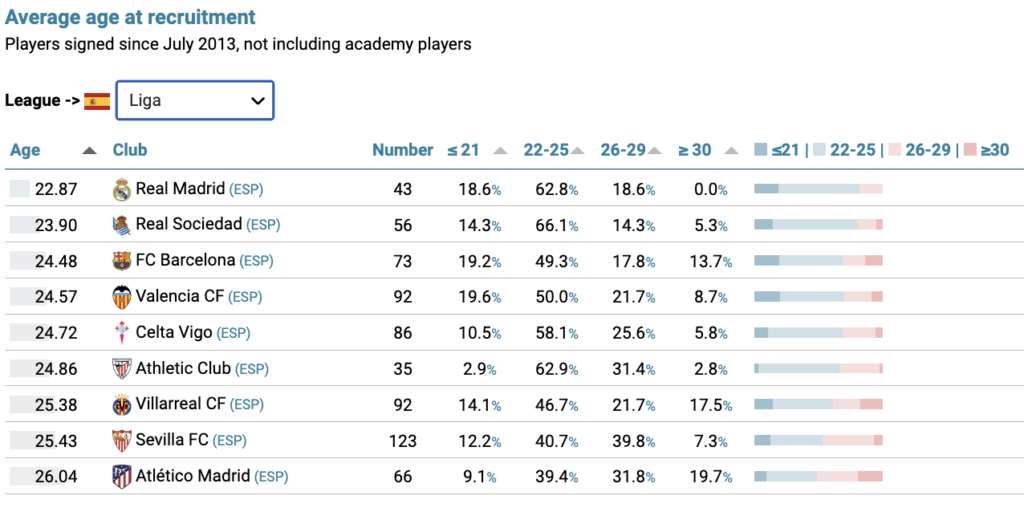 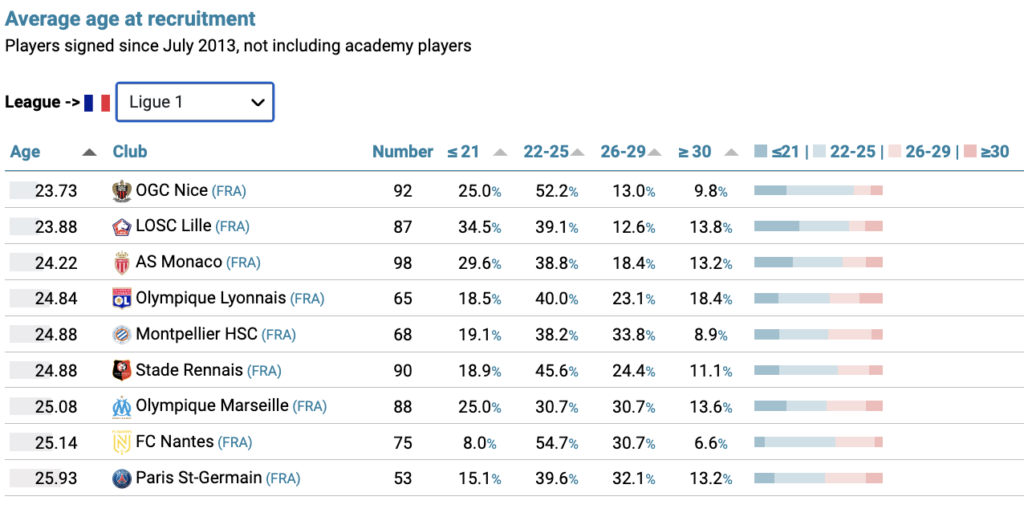 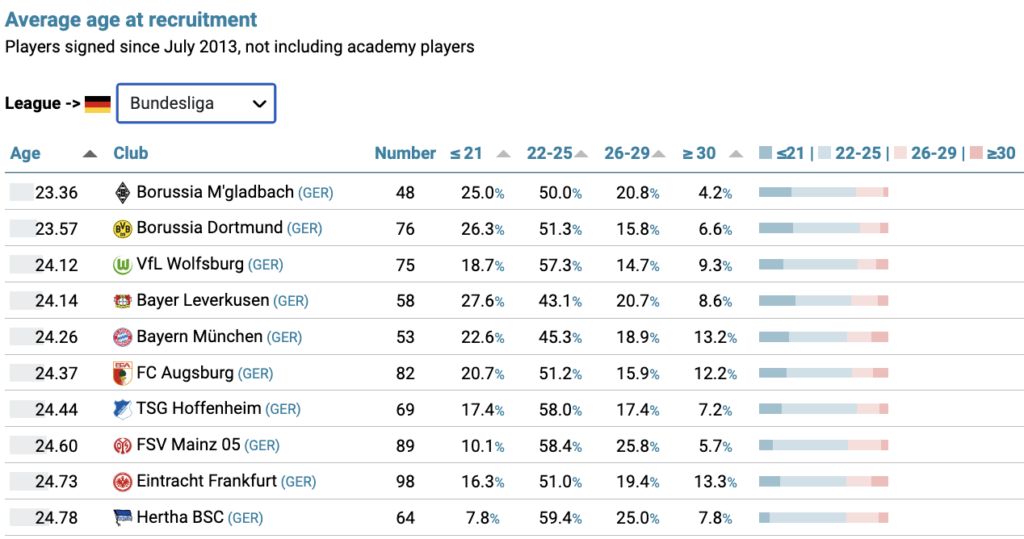 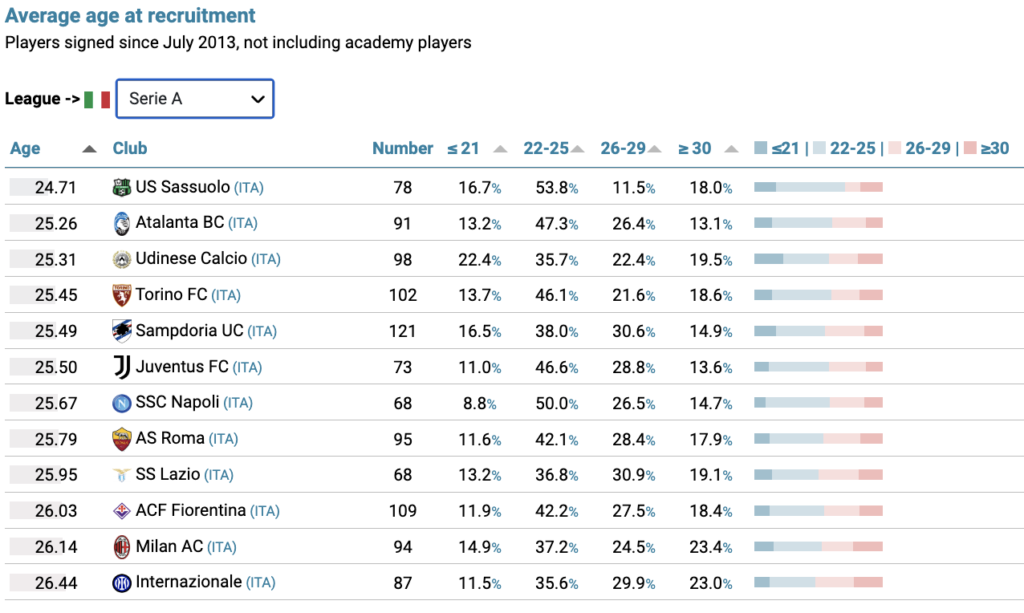