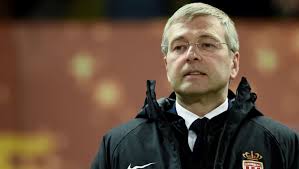 October 24 – AS Monaco owner Dmitry Rybolovlev is one of a group of Russian businessmen who have been sanctioned by Ukraine’s president Valdimir Zelensky over the ongoing war with Russia.

Rybolovlev has so far avoided any sanction in the west and is still in full control of his football club.

The Ukraine announcement puts into effect a decision of the National Security and Defense Council on sanctions against Russian businessmen and will impose personal restrictions on their activities.

Rybolovlev (pictured), owns AS Monaco and Belgium’s Cercle Brugge and has to date not attracted French sanctions. He has had a majority stake in AS Monaco since 2011, but doesn’t feature on a French list of Russian entities and oligarchs facing potential sanctions.

It is understood that Rybolovlev is not part of Russian president Vladimir Putin’s inner circle.

In 2010, Rybolovlev left Russia after he had to sell his majority stake in fertiliser producer Uralkali to close acquaintances of Putin. Rybolovlev has always sought to distance himself from the Russian regime.

“It is absolutely crucial to support those who are suffering the most. Therefore, AS Monaco, Cercle Brugge and myself in a personal capacity, as well as various companies where the Rybolovlev Family Trust is invested, have decided to make donations to provide humanitarian aid,” said Rybolovlev.