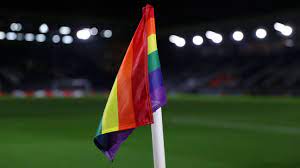 October 24 – Despite promises by organisers and FIFA president Gianno Infantino that everyone will be welcome at the Qatar World Cup regardless of gender or sexual orientation, it’s a very different story on the ground in the build-up to the tournament, according to Human Rights Watch (HRW).

Homosexuality is illegal in the Gulf state and some have raised concerns especially LGBT+ individuals and women.

Human Rights Watch said it had interviewed six LGBT Qataris, including four transgender women, one bisexual woman and one gay man, who reported being detained between 2019 and 2022 and subjected to verbal and physical abuse, including kicking and punching.

They were detained without charge in an underground prison in Doha, HRW said, and one individual was held for two months in solitary confinement.

“All six said that police forced them to sign pledges indicating that they would ‘cease immoral activity’,” it said, adding that transgender women detainees were mandated to attend conversion therapy sessions at a government-sponsored clinic,” HRW said.

A Qatari official said in a statement that HRW’s allegations “contain information that is categorically and unequivocally false.”