Ajax have trained 85 players now competing in the top domestic divisions of European leagues – training clubs are defined as where the player was active for at least three years between the seasons of their 15th and 21st birthday.

Looking at the Big 5 leagues, Real Madrid tops the ranking (43 players) ahead of Barcelona (38 players) followed by Paris St-Germain and Olympique Lyonnais (34 players each).

“Sporting CP heads the rankings for non-big-5 league clubs having trained the most footballers currently playing in the five major championships (24), with River Plate at the top for teams outside of Europe (14),” finds the report authors. 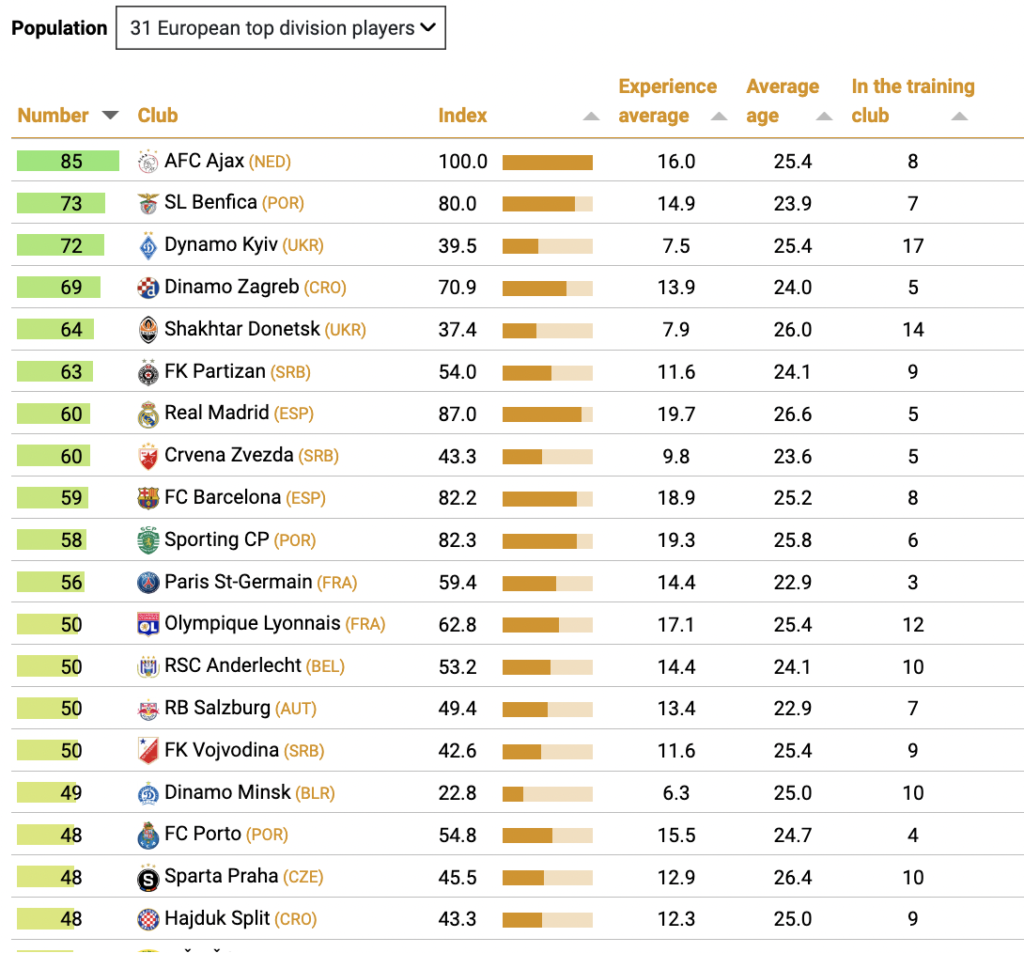 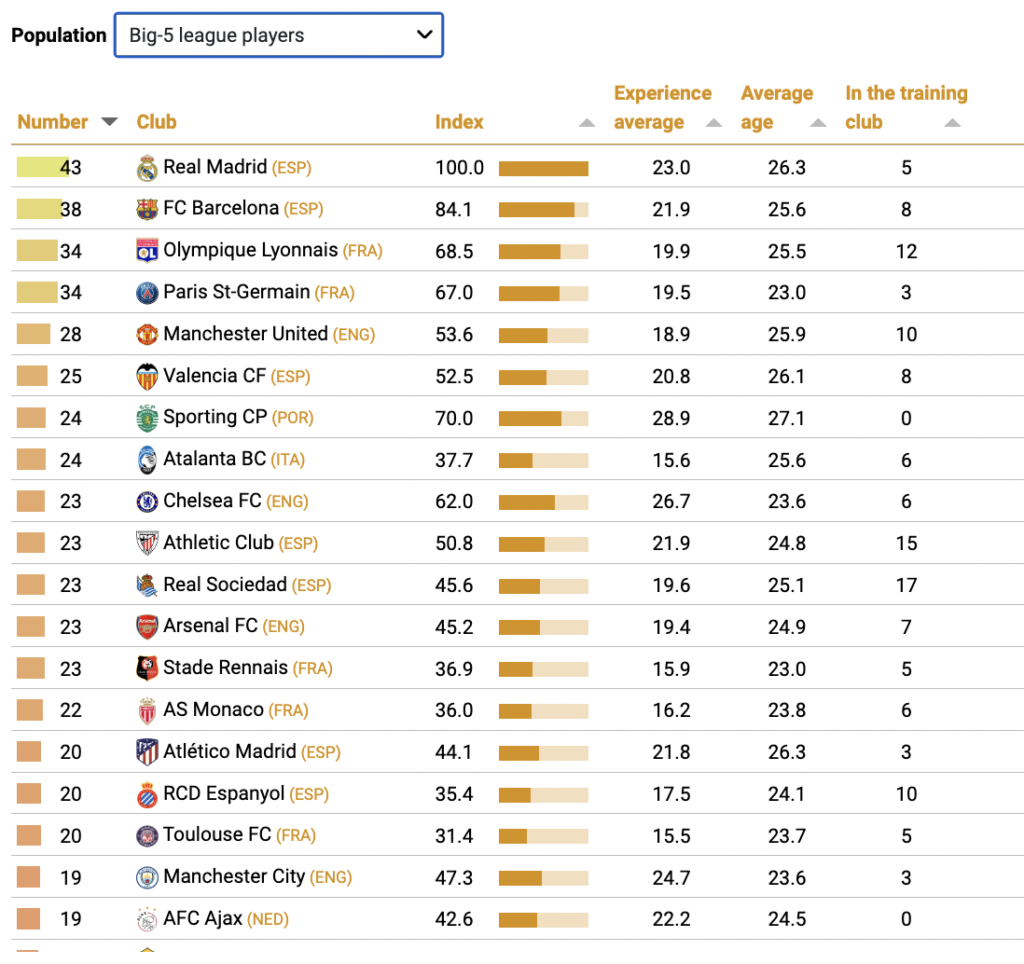