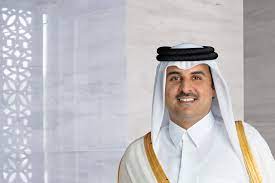 October 25 – The ruler of Qatar has taken the unusual step of publicly adding his voice to that of World Cup organisers in denouncing the constant stream of criticism levelled against the host nation in the build-up to next month’s tournament.

Emir Sheikh Tamim bin Hamad al-Thani said his country had been subjected to “an unprecedented campaign” and slammed international scrutiny of the Gulf state’s treatment of foreign workers as well as LGBTQ and women’s rights.

“Since we won the honour of hosting the World Cup, Qatar has been subjected to an unprecedented campaign that no host country has faced,” the emir said.

“We initially dealt with the matter in good faith, and even considered that some criticism was positive and useful, helping us to develop aspects that need to be developed,” he told Qatar’s legislative council.

“But it soon became clear to us that the campaign included fabrications and double standards that were so ferocious that it has unfortunately prompted many people to question the real reasons and motives behind the campaign”.

Amnesty International and Human Rights Watch are among the organisations that have kept the spotlight on Qatar’s human rights record whilst many participating countries have themselves raised concerns.

During the matches in Qatar, several European team captains are planning to wear armbands promoting inclusion and opposing discrimination.

Several French cities including Paris have announced they will boycott the World Cup and will not set up the usual fan zones for people to watch the matches outside on giant screens – even though France are the defending champions.  Berlin is taking similar action.