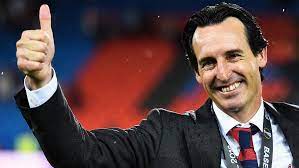 October 25 – Unai Emery is back in the Premier League. The Spaniard will succeed Steven Gerrard at Aston Villa, the English club have confirmed.

He will be the most expensive coach in Villa’s history after the club had to pay the £5.25 million release clause to sign Emery from La Liga club Villarreal.

In a statement, the Spanish side said: “Emery has gone down in Villarreal CF history for becoming the first coach to win a title with the club, the UEFA Europa League, as well as the historic achievement of reaching the Champions League semi-finals last year and helping the team qualify for European competitions for two consecutive seasons. Villarreal CF would like to thank Unai Emery for the work he has done and wishes him the best of luck in his career.”

Mauricio Pochettino, Thomas Tuchel and Ruben Amorim had been among the other candidates to replace Gerrard who was dismissed last week. Emery is no stranger to the Premier League, having coached London giants Arsenal between the summer of 2018 and November 2019. He took Arsenal to a fifth-place finish in the 2018-19 season,  but was then let go.

Ironically, in his next role, as Villareal manager, Emery defeated Arsenal and Manchester United en route to victory in the Europa League. Emery enjoys great fame in the competition, having won the old UEFA Cup three times with Sevilla between 2013 and 2016. He also had a brief spell at Paris Saint-Germain.

Emery will take charge of Villa on November 1 and so he will first lead the club out on November 6 against Manchester United at Old Trafford. Villa are currently 14th in the English top flight. On Sunday, they defeated Brentford 4-0 without Gerrard on the touchline.