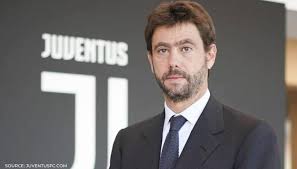 October 28 – Already having suffered the humiliation of being knocked out of the Champions League at the group stage, Juventus are under more pressure off the field with fresh allegations of financial shenanigans.

Juve president Andrea Agnelli (pictured), vice president Pavel Nedved and CEO Maurizio Arrivabene are among 15 people who could face a trial for alleged false accounting and irregularities in player transfers following a notification from the public prosecutor’s office in Turin.

Prosecutors have been investigating since last year whether Juventus, which is listed on the Milan stock exchange, cashed in on illegal commissions from transfer and loans of players.

The case involves player contracts, transfers and agent dealings between 2018 and 2020.

Juventus said in a statement on Tuesday that it “remains convinced” that it “operated according to the laws and rules that govern financial relations” and complied with “international customs of the football industry.”

The club made it clear it has already been cleared of wrongdoing on two occasions for the same case and that there is “nothing new” since those decisions were made.

But the prosecutor’s office announced on Monday that 16 subjects were under investigation: Juventus and 15 people. A request for home arrest for Agnelli was rejected by a preliminary judge.

Last month, the 36-time Italian champions reported a record loss of €254.3 million for the 2021-22 financial year, the fifth consecutive year that the ‘Old Lady’ reported a loss.