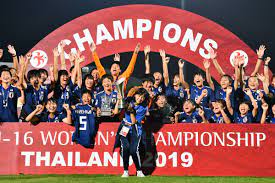 October 31 – The AFC will hold the draw for its U17 Women’s Asian Cup Indonesia 2024 Qualifiers Round 1 this week in Kuala Lumpur, Malaysia.

The first round will see 29 teams compete in eight groups from 20-23 April 2023, with the eight group winners progressing to the Round 2 Qualifiers in two groups from 16-24 September 2023.

The Round 1 Qualifiers will be played in centralised venues across Guam, Jordan, Kyrgyz Republic, Mongolia, Singapore, Tajikistan, Thailand and Vietnam.

The U17 Women’s Asian Cup tournament is returning after a four-year pandemic-induced break.
Four teams from Round 2 will advance to the Indoensian finals, to be played 7-20 April 2024. They will be joined by the top three teams from the AFC U-16 Women’s Championship Thailand 2019 as well as hosts Indonesia, who will play in the Qualifiers.

Defending champions and four-time winners Japan, runners-up and three-time champions DPR Korea, and third-placed China are the teams from 2019 to qualify directly for the finals.
The 29 teams will be placed in four seeding pots with the eight host nations for the Qualifiers placed in a separate host pot.