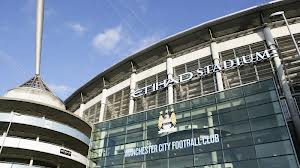 November 8 – Premier League champions Manchester City have posted an improved annual profit, as fans returned to the Etihad. The Abu Dhabi-owned club reported a pre-tax profit of £41.7 million for the year to end-June 2022, versus £5 million a year earlier.

Revenue swept above the £600 million mark to £613 million, as restored matchday earnings of £54.5 million offset broadcast income which was down largely as a consequence of covid-related disruption to the football programme in prior seasons. Other commercial revenue climbed from £271.7 million to £309.5 million, with income from concerts augmenting sponsorship earnings.

With operating expenses climbing to £640.5 million, however, City reported another operating loss, although this was down from £58.7 million to £21.4 million. The profit at the pre-tax level was the product of earnings on player transfers. These held fairly steady at £67.7 million, with Ferran Torres’s move to Barcelona thought to be the most lucrative sale completed in the relevant period. Employee costs over the latest period were actually marginally down on the previous year at just under £354 million.

The notes also confirmed that the club’s parent City Football Group took out a hefty $650 million term loan in July 2021. As collateral agent on behalf of the lenders, Barclays was said to have “a charge over 100% of the Group’s assets”.