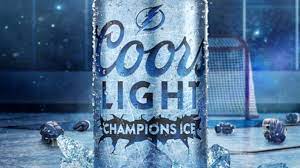 November 9 – Coors Light will be the official beer of the Leagues Cup – the new MLS vs LigaMx club competition kicking off in 2023 – in what is described as a multi-year partner agreement.

Next year’s inaugural Leagues Cup 2023 will run July 21 to August 19 and will see all 47 MLS and LIGA MX clubs pause their seasons to compete in what is an official Concacaf competition. The winner qualifies for the Concacaf Champions League.

“Our partnership with Leagues Cup will build on the passion and momentum surrounding MLS and LIGA MX, bringing Coors Light to ‘the beautiful game.'”

Heineken has been the MLS’s official beer sponsor since 2015, but teams have signed deals with multiple beer brands in the past few years. Coors does not have a big footprint in football but has partnerships across professional teams in the NFL, MLB, and NHL.

Carter Ladd, EVP of Soccer United Marketing (SUM). “Now, soccer fans can experience a World Cup-style tournament every summer in this region of the world, and Coors Light is the ideal partner to help us bring the inaugural 2023 Leagues Cup to life for soccer fans.”