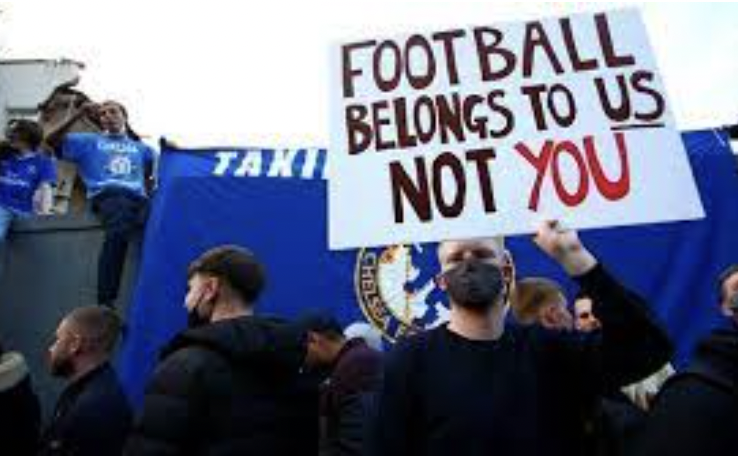 November 9 – The impasse between UEFA and backers of a breakaway European  Super League has intensified after a secret meeting between the two sides ended in stalemate and acrimony.

The previously unannounced meeting at UEFA headquarters on Tuesday broke up with no agreement, each side criticising the other and leaving the European Court of Justice to be the ultimate arbiter.

UEFA were taken to the ECJ in July after the three remaining rebel Super League clubs – Barcelona, Real Madrid and Juventus – accused it of abusing its power to block rival events and penalise players and clubs.

The court’s advocate general is due to deliver his opinion on December 15, with the final verdict not likely until several weeks later, potentially determining the entire future of elite European club competition.

Super League promoter A22 Sports Management, the Madrid-based company that worked with the original 12 breakaway clubs in April last year before the entire concept collapsed, had called for a meeting with UEFA president Aleksander Ceferin after last month appointing its own chief executive.

But instead of facing just Ceferin, the three-man A22 delegation led by CEO Bernd Reichart was met with officials from several top European leagues and clubs who re-inforced UEFA’s opposition to any deal.

Speaking after the meeting, Reichart said his “takeaway” was that UEFA was unwilling to budge from the current status quo even though a revamped Super League would include promotion and relegation – a major concession from the original idea of it being a closed shop that would threaten domestic football.

“This position was anticipated as UEFA has been the sole, dominant operator of European club competitions since 1955,” he charged.

Accusing UEFA of overseeing a “monopoly structure”, Reichart  added: “A22 also reiterated that it is fully committed to open competitions based on sporting merit and the fundamental role played by national leagues – which would be complementary to a new format.”

Reichart said A22 had been contacted by “numerous clubs” about the future of European club competitions, arguing these talks “must be carried out in an environment free from threats and other restraints.”

“In this regard, A22 requested that UEFA refrain from such activities to allow clubs and others the freedom to exchange ideas about important reforms. UEFA provided assurances that this would be the case.”

In a counter-statement UEFA said its supporters at the meeting had “stressed together that the opposition to the self-proclaimed super league remains overwhelming today as it has been since April 2021.”

“In line with the unity of European football, UEFA and the participating football stakeholders once again unanimously rejected the rationale underpinning projects such as ESL during today’s discussion.”

UEFA said it noted “with surprise, the claims of A22 Sports CEO that this company is not representing any clubs in any capacity, including the three clubs who continue to openly support the project.”

“UEFA and football stakeholders remain committed to the foundations of European football, which are based on openness, solidarity and meritocracy and serve broader objectives of sporting principles and societal interest, rather than privilege and self-entitlement.

“This approach has been given unanimous support by the European Commission, the European Parliament, the Parliamentary Assembly of the Council of Europe and extensive support from national governments, public institutions, and stakeholders across the continent.”

In a second statement after A22 issued its own, UEFA angrily accused Super League backers of disrespecting football’s long-time traditional organisers.

“If there is a ‘takeaway’ from today, it should be that the whole of European football opposes their greedy plan,” UEFA fumed.  “European football has constantly demonstrated its openness to change, but it must be for the benefit of the whole game, not just a few clubs.

“A22 wanted dialogue, so we gave them two-and-a-half hours of time from all of the game’s stakeholders, and each one rejected their approach. They claim not to represent the three remaining clubs. They refuse to define what their alleged new approach is. They claim to want dialogue. But when presented with the chance, they have nothing to say.”