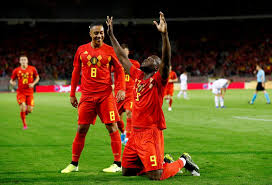 November 10 – Romelu Lukaku will be heading to Qatar, Belgium coach Roberto Martinez confirmed on Thursday, naming his 26-men World Cup squad. The Spaniard also sprang a few surprises at the back, including Zeno Debast, Wout Faes and Arthur Theate.

“Romelu is medically unfit, that is quite clear,” said Martinez at a news conference. “He is at the moment receiving treatment, he has got an opportunity until the 22nd of November to get fit. We take that experience from 2018: the World Cup has two very different phases – the group phase and the knockout round. We feel medically that Lukaku can make that ‘second World Cup’.”

Martinez denied that the Inter Milan striker, who has been struggling with a hamstring injury for weeks and returned to Belgium to work on his recovery, received any special treatment. Lukaku has just played twice since August.

“It is good to look back. We have a very experienced medical experience team. We had a similar experience at Euro 2021. Axel Witsel had a very serious injury and played a very important role. This is not special treatment. Lukaku is a very important player for the Red Devils,” said Martinez.

At the back, Zeno Debast, Arthur Theate and Wout Faes were included, leaving out Club Brugge’s Dedryck Boyata, giving the backline a distinctly younger profile.

“The hardest decision is to leave Boyata out of the list. He didn’t do anything wrong. You have to make decisions based on the balance of the squad.”

Both coach and technical director with Belgium at the same time, Martinez is reportedly in talks about a contract extension with the Red Devils. In 2016, he succeeded Marc Wilmots, but Martinez deflected talk of negotiations. “It’s about the full commitment of every player, it is not about the coach. It is about the best we can do in this World Cup.”

Belgium will face Canada, Morocco and Croatia in the group phase in Qatar. Four years ago, they finished third four, eliminating Brazil in the last eight but losing to eventual champions France in the semi-finals.