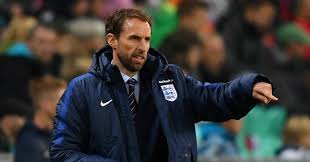 November 11 – Hit like many countries by a number of injuries, especially in defence, England unveiled their World Cup squad on Thursday with manager Gareth Southgate (pictured) optimistic he has struck the right balance.

England have reached the semi-final and final of the last two major men’s tournaments but have still failed to bring home the top prize since the 1966 World Cup despite the globally followed star-studded Premier League.

The two main talking points in Southgate’s squad are the in-form Leicester City playmaker James Maddison and 30-year-old Newcastle forward Callum Wilson. Neither have played for England since 2019 but have been rewarded for their excellent form in the first third of the domestic season.

Maddison was seen as having only an outside chance to make the squad having been repeatedly overlooked but Southgate revealed: “We decided a couple of weeks ago that he would (be in). He’s earned the right. We think he can give us something slightly different to the other attacking players we’ve got.”

Southgate also included Kyle Walker despite the Manchester City defender undergoing an operation on his groin last month, while clubmate Kalvin Phillips has been picked following shoulder surgery in September.

Southgate was prepared to take a risk on both given that squads are being increased from 23 to 26 but was unable to call on injured Chelsea right back Reece James, who is recovering from a knee injury.

Southgate has relied on the bulk of the squad that led England to the final of last year’s Euros, with 19 of those players involved this time around. Manchester United forward Marcus Rashford has also been recalled after being dropped by England last season.

Even though Luke Shaw is the only out-and-out left-back, Southgate said: “We’ve wanted to make sure the balance of the squad is right.

“I think the squad is more important than ever. With five substitutes, you can have almost half the team changed during the game, so you want different options for different moments of matches and stages at the tournament as well.

“We’ve had to cover a couple of players that aren’t yet fully fit, so having 26 available meant we were probably able to take a couple of risks that you might not have been able to with 23. But we think the balance is there, and we’ve got cover in the positions we need. We’re lighter on depth in some positions than others, but we think we’ve got everything covered.”