November 11 – The CIES Football Observatory has completed an analysis of 100 players outside the big-5 who have not yet turned 25 with the highest estimated transfer value.

“Only one other player outside the big-5 has an estimated value of more than €50 million: Portuguese centre back Gonçalo Inacio (Sporting CP). The highest transfer values for footballers playing outside of Europe were recorded for Brazilians: Yuri Alberto (Corinthians, €30 million), Danilo Oliveira (Palmeiras, €29 million) and Marcos Leonardo(Santos, €28 million).”

Of the 15 leagues are represented by the top 100 players, with the Dutch Eredivisie accounting for 21 of the players.

The CIES research team based the values on a statistical model developed from almost 5,000 paid transfers concluded over the last decade. 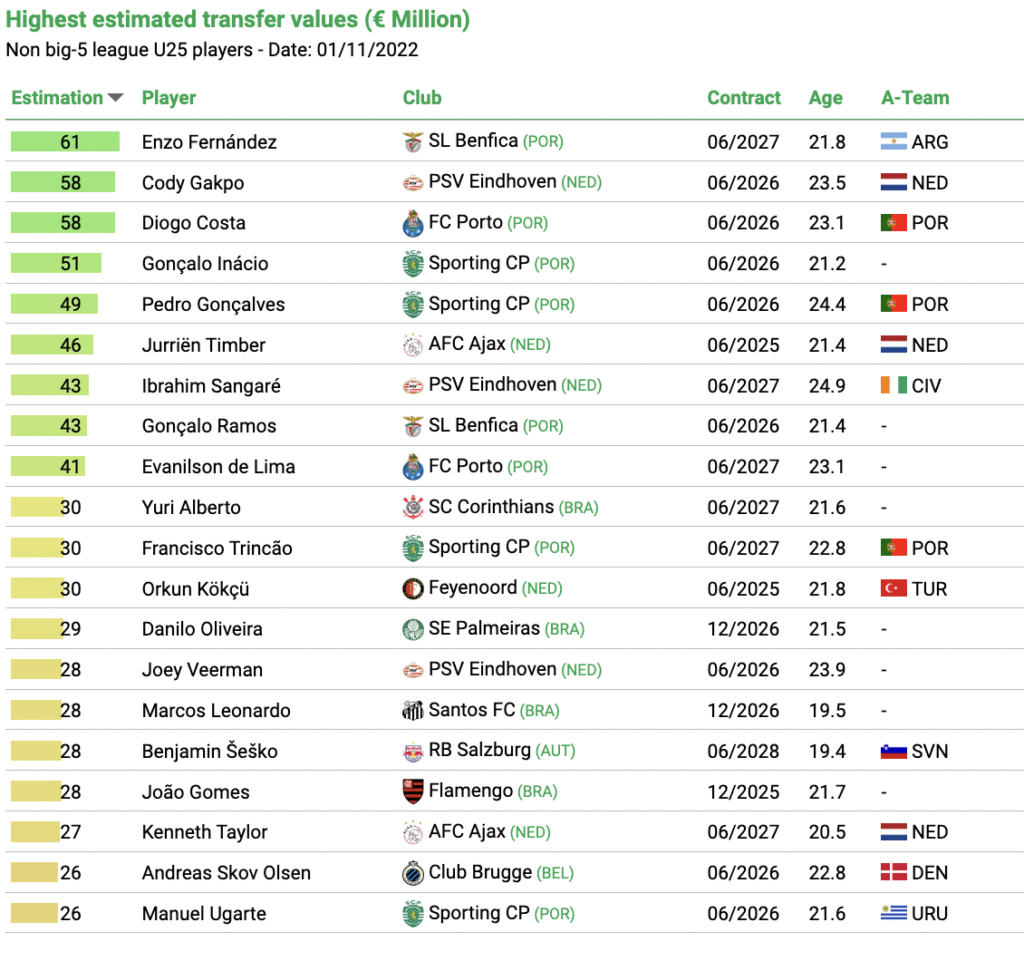