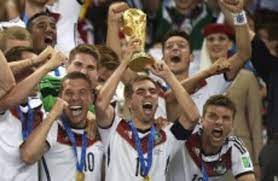 November 14 – Germany’s 2004 World Cup-winning captain Philipp Lahm (pictured) has re-iterated his stance that Qatar should never have been allowed to host the World Cup and is boycotting the tournament.

A week before the World Cup is due to start Lahm became the latest high profile figure to declare it was “a mistake” to award the tournament to the tiny Gulf state.

“It doesn’t belong there,” Lahm wrote in a column for Die Zeit newspaper.

Qatar has come under sustained criticism over its human rights record, including its treatment of foreign workers and its stance on women’s and LGBTQ rights.

Last week, Qatari World Cup ambassador Khalid Salman sparked a string of headlines by calling homosexuality a “damage in the mind” in a German TV interview.

Lahm is tournament director of Euro 2024 which will be hosted by Germany but says he will not be travelling to Qatar.

“Homosexuals are still criminalised, women do not have the same rights as men, freedom of the press and freedom of expression are restricted,” he said.

Conditions for migrant workers, he added, are “devastating”.

Qatar has never previously qualified for the World Cup and was ranked 113th in the world when awarded hosting rights for the tournament back in 2010.

“FIFA has damaged football and its credibility as a western organisation,” Lahm declared.