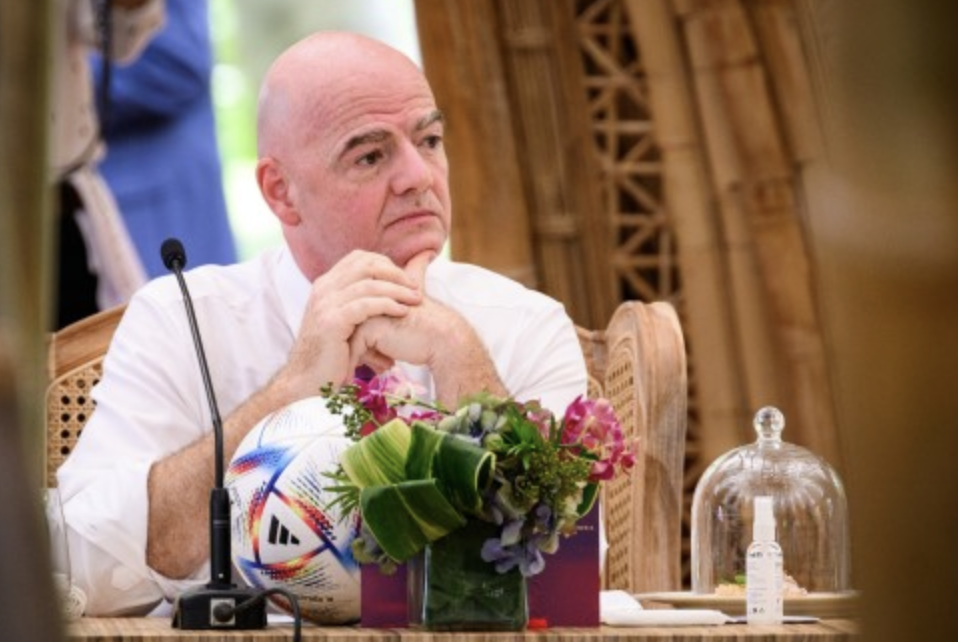 November 15 – Still reluctant to personally condemn the actions of Russia, FIFA president Gianni Infantino has called for a one-month ceasefire in Ukraine during the World Cup.

Speaking to world leaders during the G20 summit in Bali, Infantino urged them to do everything they can to put an end to the conflict but again stopped short of blaming Russia.

Infantino said the World Cup, which starts in Qatar on Sunday, offered a “positive trigger” for peace.

“My plea for all of you is to think on a temporary ceasefire for one month for the duration of the World Cup or at least some humanitarian corridors or anything that could lead to the resumption of dialogue as a first step to peace,” Infantino said.

“Football is a force for good. Of course we are not naive to believe football can solve the world’s problems – for this, you are there.”

“We know our main focus as a sports organisation is and should be sports. But because football unites the world, this World Cup, with five billion people watching it can be a trigger for a positive gesture for a sign or message of hope.”

Russia were banned from their scheduled play-off for the Qatar finals because of the invasion and will be playing a friendly in Uzbekistan when the World Cup begins. In fact Monday marked one year since the last competitive game of the Russian men’s national team, a 1-0 defeat to Croatia.