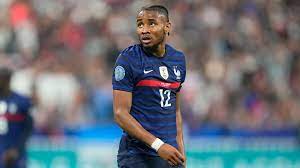 November 16 – France have been dealt yet another injury blow on the eve of the World Cup after exciting RB Leipzig forward Christopher Nkunku (pictured) limped out of training on Tuesday.

Nkunku leads the Bundesliga scoring charts this season with 12 goals in 15 games and is set to replaced by Eintracht Frankfurt striker Randal Kolo Muani.

The French Football Federation confirmed that the 25-year-old had suffered a left knee injury. “The whole group shares Christopher’s sadness and wishes him a speedy recovery,” a statement said.

France boss Didier Deschamps is also sweating on the fitness of Raphael Varane, who is recovering from a knee injury sustained on October 22.