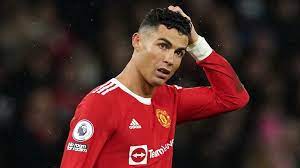 November 16 – Ronaldo’s explosive accusations in his unauthorised interview with Piers Morgan have opened a set of legal issues that go beyond just his apparent desire for a transfer. While he is on a winter break in at Qatar 2022 in the sun, what awaits his return is unlikely to be so shiny.

Simon Leaf, Head of Sport at Mishcon de Reya, says that the legal dilemma includes the club potentially being in breach of its duty of care to Ronaldo, such is the severity of the allegations, but at the same time the club may have a right to terminate Ronaldo’s contract.

“Given the explosive allegations that have been made against United in Ronaldo’s apparently unauthorised interview with Piers Morgan, it comes as no surprise that the club will be considering its options with its legal team carefully,” said Leaf.

“What many people don’t realise is that all Premier League players sign up to the same Premier League employment contract with their clubs. Under that agreement, Ronaldo is obliged to “comply with and act in accordance with all lawful instructions of any authorised official of the Club” and he is also not allowed to “write or say anything which is likely to bring the Club… into disrepute…or cause damage to the Club”. The same clause goes on to suggest that he would have had to give Manchester United “reasonable notice of his intention to make any contributions to the public media,” Leaf continued.

What seems clear is ultimately money will be what dictates what seems like inevitable Old Trafford exit for Ronaldo. He is on big wages and there is still a potential transfer fee – though what kind of value Ronaldo could realistically command and where the interest would come from remains to be seen.

“It  would appear that Ronaldo is clearly in breach of his employment agreement, which under its terms, entitles the Club to terminate the contract,” said Leaf.

“However, the club are caught between a rock and a hard place, as this termination right is subject to Ronaldo’s right to appeal – especially as he seems to be suggesting that United are in breach of its own duties to take reasonable steps to protect the health and safety of its employees, which may extend to allowing Ronaldo time off in such difficult circumstances.”