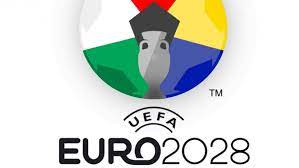 November 16 – The five-nation UK & Ireland Bid to host EURO 2028 has officially submitted their Preliminary Bid Dossier with a shortlist of 14 stadia across the five countries that will be whittled down to 10.

Under the tagline ‘Football for all. Football for good. Football for the future’, the dis says it is showing a commitment to “diversity, social purpose and innovation in delivering an outstanding UEFA EURO 2028 that will create unforgettable memories in sold-out, iconic stadia in famous football cities known throughout the world.”

Working with government partners the bid highlights a sustainable legacy for football and wider society, helping to drive economic growth in local communities.

“Working with UEFA, our plan is to host a tournament that will be a catalyst for transformational grassroots football development – with a promise to share legacy initiatives with European National Associations to accelerate growth across the continent,” said a bid press release.

The bid team also emphasised that using the latest digital and marketing innovations, Euro 2028 will engage new audiences “and the world’s youth to extend the impact and reach of the tournament further than ever before”.

The shortlisted 14 venues – eight in England, two in Ireland and one each in Northern Ireland, Scotland and Wales – include stadia with European football history and heritage and are chosen because they are connected by direct, quick and sustainable travel links and accommodation.

The proposed shortlisted cities and stadia are: