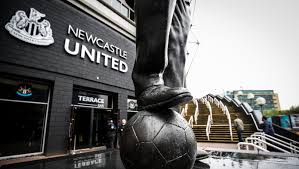 Both deals are described as multi-year but no value was given for either.

As part of the partnership, Saudia have launched an official digital hub that enables supporters to win tickets to see Newcastle take on Saudi Pro League champions Al-Hilal on December 8 in Riyadh.

The deal with Saudia further emphasises Newcastle’s push deeper into the home market of the club’s ownership.

Peter Silverstone, Newcastle’s Chief Commercial Officer, said: “Whilst Newcastle United is on an exciting and ambitious journey to grow our global reach and fanbase, we are also very focussed on growing our fan base and following in Saudi Arabia and the rest of the Middle East.

“Our ambition is to become the most supported English Premier League football team in Saudi Arabia; a country whose population includes a large, young, passionate and highly engaged football community.”

Saudi Arabia has been working hard to build its image and the opportunity of the country through its sporting partnerships.

Khaled Tash, Saudia Group Chief Marketing Officer, added: “We hope to form a cultural bridge between Saudi Arabia and the world as we believe our culture has the potential to transcend borders, whereby we inspire and connect with guests from around the world in new and meaningful ways.”