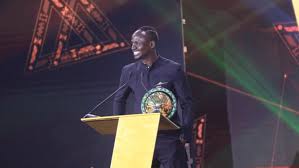 November 18 – In a severe blow to Aliou Cisse’s team, Senegal star striker Sadio Mané has been ruled out of the World Cup with a leg injury.

The injury to his right fibula was sustained while playing for Bayern Munich against Werder Bremen in the Bundesliga in early November.

“Unfortunately, today’s [Thursday] MRI shows us that the improvement is not as favourable as we imagined and unfortunately, we have to withdraw Sadio from the World Cup,” said Manuel Afonso in a video on the official Senegal Twitter account. Afonso added that Mané will require surgery soon.

Senegal will open their World Cup campaign against the Netherlands on Monday. In Group A, they have also been paired with hosts Qatar and Ecuador, who get the tournament underway on Sunday.

The Senegalese have high hopes this tournament, having been drawn into a group that the African champions should navigate with success. In February, Cissé led Senegal to the African continental crown and his team should have what it takes to make the round of 16.

At the last World Cup, Senegal went out in dramatic fashion in a group featuring Japan, Colombia and Poland. They reached the knockout phase in 2002 when Cissé was still a player.

The coach has been eclipsed by the star of Mané, who has been voted African player of the year twice and the talisman’s absence will severely dent Senegal’s chances.