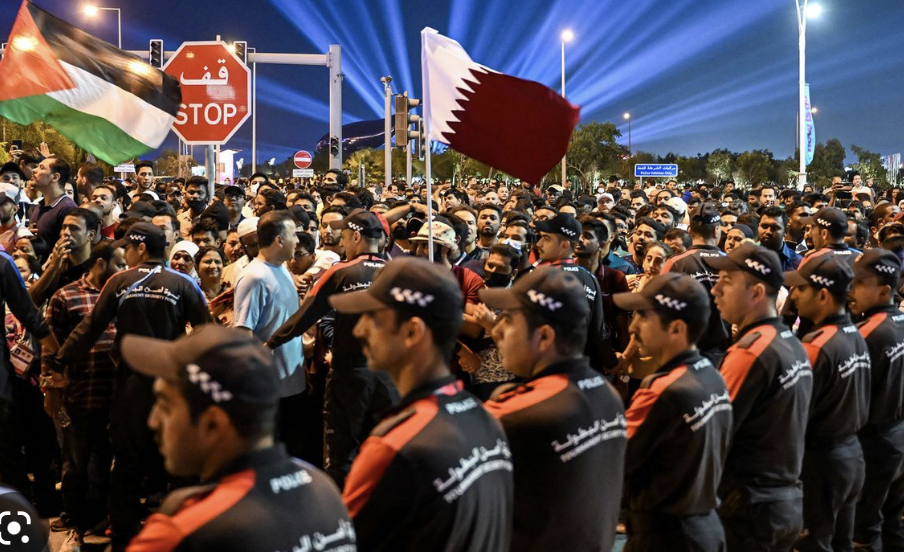 November 21 – The main World Cup fan zone in central Doha, where thousands of fans will watch games over the next month, got off to an inauspicious start on Sunday amid scenes of chaos verging on the outright dangerous, according to multiple reports.

Tens of thousands of fans pushed and shoved against police lines to enter the Al Bidda venue hours before the opening match between hosts Qatar and Ecuador.

Reports said organisers allowed too many fans to flood the precinct which has a capacity of 40,000. Apparently at least double that number tried to make their way in, with some having to be kept in a holding area.

Riot police armed with batons and shields stood guard at the entrance. Some fans pleaded with officers to let them through the line.

“It was dangerous,” one fan carrying a child aged nearly four told Reuters. “They let too many people in. We never made it into the main area and I was glad to leave.”

Riot police armed with batons and shields stood guard at the entrance to the fanfest, one of few places where supporters are allowed to purchase alcohol.

Luis Reyes, a Mexican-American living in Los Angeles, likened the crush to scenes a few weeks ago in South Korea that killed more than 150.