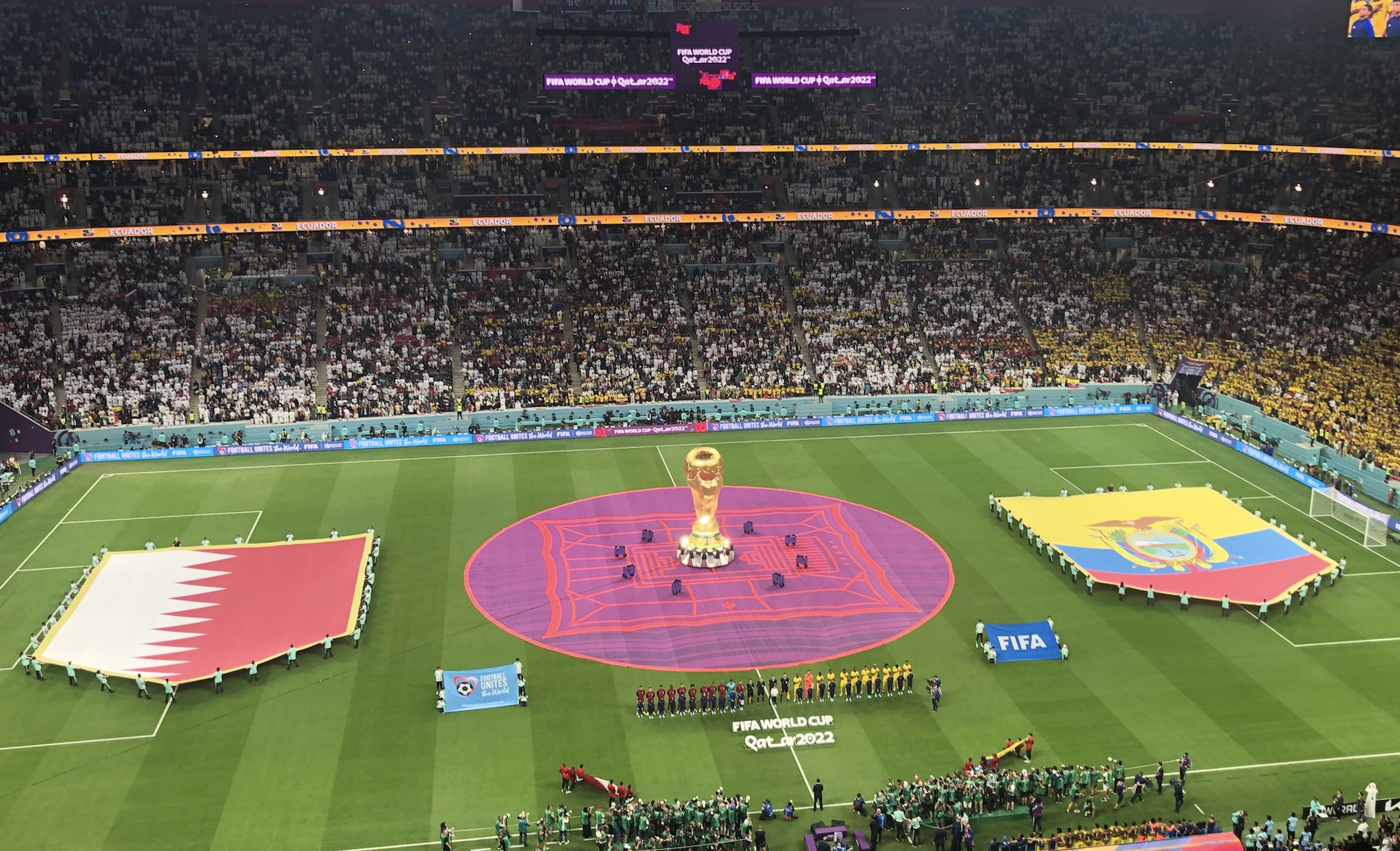 November 20 – After a twelve-year wait and the most controversial build-up in history, Qatar and the Emir Sheikh Tamim bin Hamad Al Thani opened the World Cup on Sunday with a message of unity, tinged with a political and religious overtone, after months of intense scrutiny of the host nation’s human rights record.

Ecuador, however, didn’t get the memo, running out easy 2-0 winners in the tournament’s curtain raiser.

Following video footage of the Emir playing football in his youth, Qatar’s head of state welcomed the world with a brief speech that emphasised it was time to put differences aside.

“People of all races, nationalities, beliefs and orientations will gather here in Qatar and around screens across the continents to share in the exciting moments,” said the Qatari Emir at the Al Bayt Stadium, minutes before the kick-off of the first World Cup in the Arab world.

“How lovely it is that people can put aside what divides them to celebrate their diversity and what brings them together at the same time.”

That welcome message however rang hollow after he asked the 32 World Cup finalists to not be dragged into political battles and ideologies, jetting off to the G-20 and accusing Europe of hypocrisy, resulting in the deep sowing of division and mistrust.

Infantino was sitting in between the Emir of Qatar and Saudi crown prince Mohammed bin Salman. It was a perfect reflection of football’s place in the world right now, with Infantino increasingly courting MBS and Saudi Arabia eyeing the hosting rights for the 2030 World Cup. Such an image would also have been impossible two years ago following a Saudi-led blockade of Qatar.

Side-by-side they watched a neatly staged opening ceremony. Morgan Freeman and Qatari World Cup ambassador, Ghanim Al Muftah, took centre stage. Morgan called for unity, the thread throughout the opening ceremony. He also had a subliminal message: “Instead of accepting a new way, we demanded our own way.” Singer Jungkook of K-pop boy band BTS, alongside Qatari singer Fahad Al-Kubaisi then sang the latest tournament song ‘Dreamers’. Arab culture featured in the ceremony as well as Qatar presenting itself to the world.

But the Qatari, who had turned up in huge numbers, including female fans, were left disappointed by an underwhelming performance from their disjointed national team with the stadium emptying well before the end of the game. It was boys against men as Ecuador pressed when they needed to.

Qatar were nervous with goalkeeper Saad Al Sheeb often flapping at the ball. They defended poorly on set pieces and failed to play out of the back. In the entire match, Qatar, who spent months camping in Austria and Spain to prepare for the tournament, did not register a shot on target. They were a poor shadow of the team that won the Asian Cup in 2019.

Two goals from Enner Valencia were enough for Ecuador to ensure victory. His brace came after the referee controversially ruled out Valencia’s second-minute goal for offside following a VAR intervention.