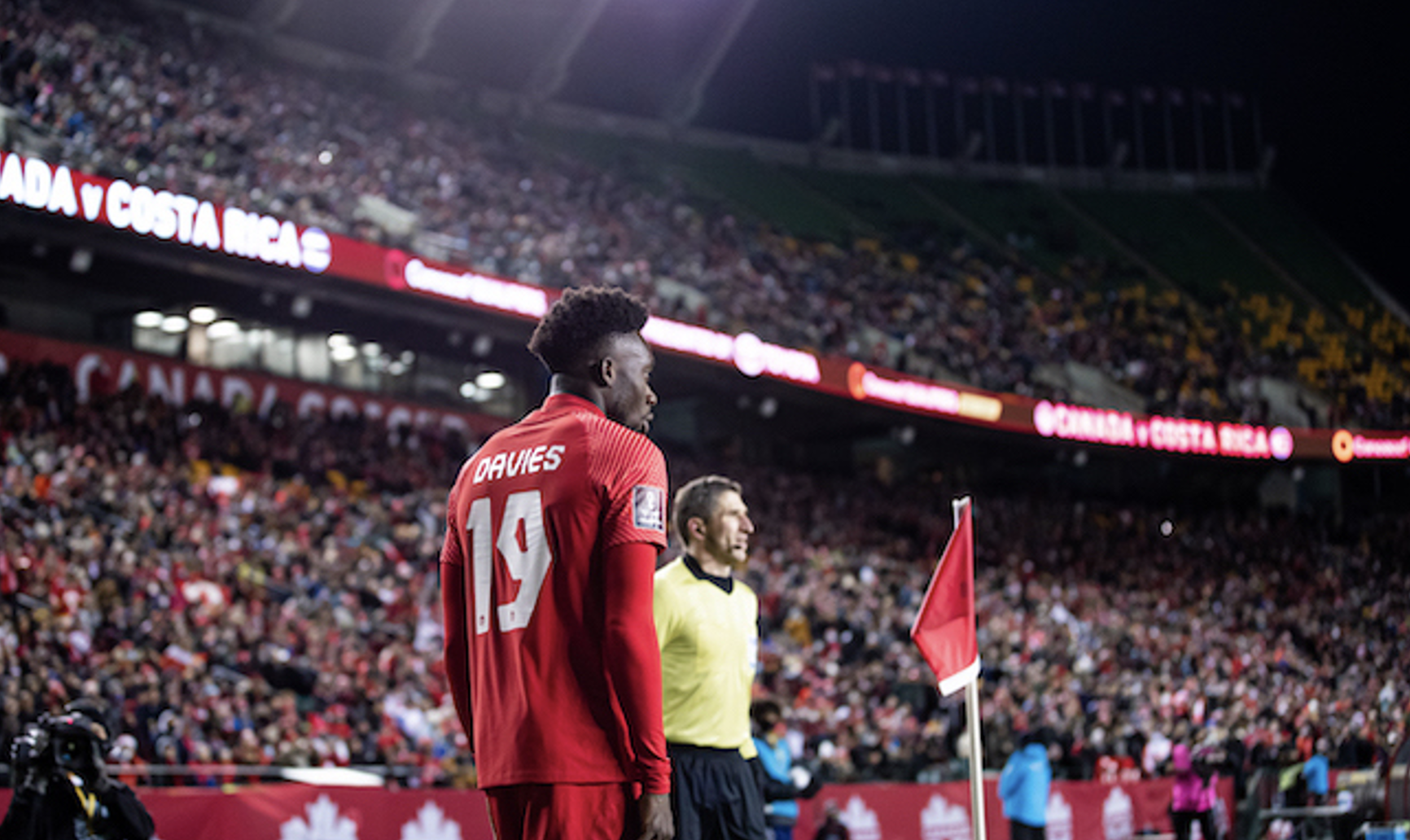 November 22 – After weeks of uncertainty surrounding the fitness of Canada’s most important player, Alphonso Davies has said that is ready to start in Canada’s World Cup opener against Belgium.

Davies has been struggling with a hamstring injury that he picked up when playing for Bayern Munich on November 6, just weeks before his country’s opening game in their much anticipated return to the World Cup.

While Davies says he is ready to start, Canada’s head coach John Herdman has expressed concerns about the star players’ ability to hit his top speed. According to CBC, Herdman mentioned that it is at top speed when the hamstring is pushed to the very limit, making him wary of allowing his potential talisman to risk further injury.

While this is the opinion of the head coach, Davies’ teammates have expressed how important the player is to their World Cup campaign. Does the Canadian team rely too much on their star player?

How much does Canada need Davies?

Davies has emerged as one of the most exciting prospects in world football. He has been an instrumental part of Bayern Munich’s recent success, showing just how influential of a player he is. There is no doubt that he is Canada’s most significant player, makinh it natural for a football team like Canada to look to him as their talisman.

Aside from Davies, Jonathan David and Cyle Larin will be the two players to inspire a determined Canada, with the two players combining for more than 20 goals in Canada’s qualifiers. That being said, they were not playing teams with the quality that Belgium has at its disposal.

Kevin De Bruyne and Romelu Lukaku are due big performances on the world stage, as the Belgians look to finally live up to their “golden generation” expectations. In recent years, Belgium has struggled at international competitions, giving the Canadians all the hope they need to cause an upset.

Canada and Belgium have never met in competitive football, but have met once in a friendly in 1989, in which Belgium won by two goals to nil. Canada will also need to rally in their build up, as they are coming off a 2-0 loss to Uruguay, a team closer to the quality they will be facing on Wednesday.

Odds listed on Canadian bookmakers indicate that Belgium are expected to cruise to victory, but if there is one certainty about the World Cup, it is that absolutely anything can happen.

With or without Davies, Canada will be looking to shock Belgium, as all of Canada looks on, hoping to witness the impossible.