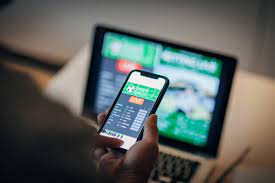 November 22 – FIFA, whose articles of association used to prevent it from betting partnerships as it was operating under Swiss chartable laws, has announced its first World Cup betting partner for an event that is taking place in a muslim country where all forms of betting are outlawed.

Sportsbook Betano, owned by Kaizen Gaming, has been granted a global licenses to use World Cup marks to promote betting.

Kaizen Gaming CEO and Co-Founder, George Daskalakis, said: “We are proud to be the first sports betting operator to partner with FIFA on the world’s biggest football event.

“This collaboration will bring us one step closer to millions of football fans across the globe.”

Betano has not been a major player in the European licensing and sponsorship market but does have deals with the Czech Republic’s FC Viktoria Plzeň, Brazil’s Fluminense and Portugal’s FC Porto.

“FIFA and Betano have a shared ethos of using technology to enhance the fan experience, and we’re excited to see what they have planned to engage fans around the region,” said FIFA Head of Partnership Development, Luis Rodriguez.

No value for the deal was given which is for the length of the World Cup only.