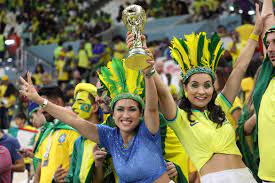 November 25 – Brazil, who opened their World Cup campaign with a 2-0 win over Serbia last night, top a ranking of Qatar 2022 finalists built on the ‘impact score’ statistics of their players.

The ranking by the CIES Football Observatory uses its Impact Score metrics to rank the FIFA World Cup 2022 teams adding the scores of the highest rated players.

“The Impact Score is calculated from the average sporting level of matches in which players participated over the last 365 days, official game minutes played during the same time range and pitch performance compared to both teammates and opponents, as well as with respect to players with the same technical profile,” said the CIES.

While Brazil top the table, Costa Rica and Qatar are at the opposite end. A reflection of their underwhelming performances so far.

Spain are ranked but France would be the second main favourite if the average Impact Score of the ten best rated outfield players and goalkeeper is considered, said the CIES.

“England, Portugal and Germany also have the players to dream of winning the most coveted trophy. Argentina, the Netherlands, Belgium and Croatia are the principal outsiders,” concludes the report. 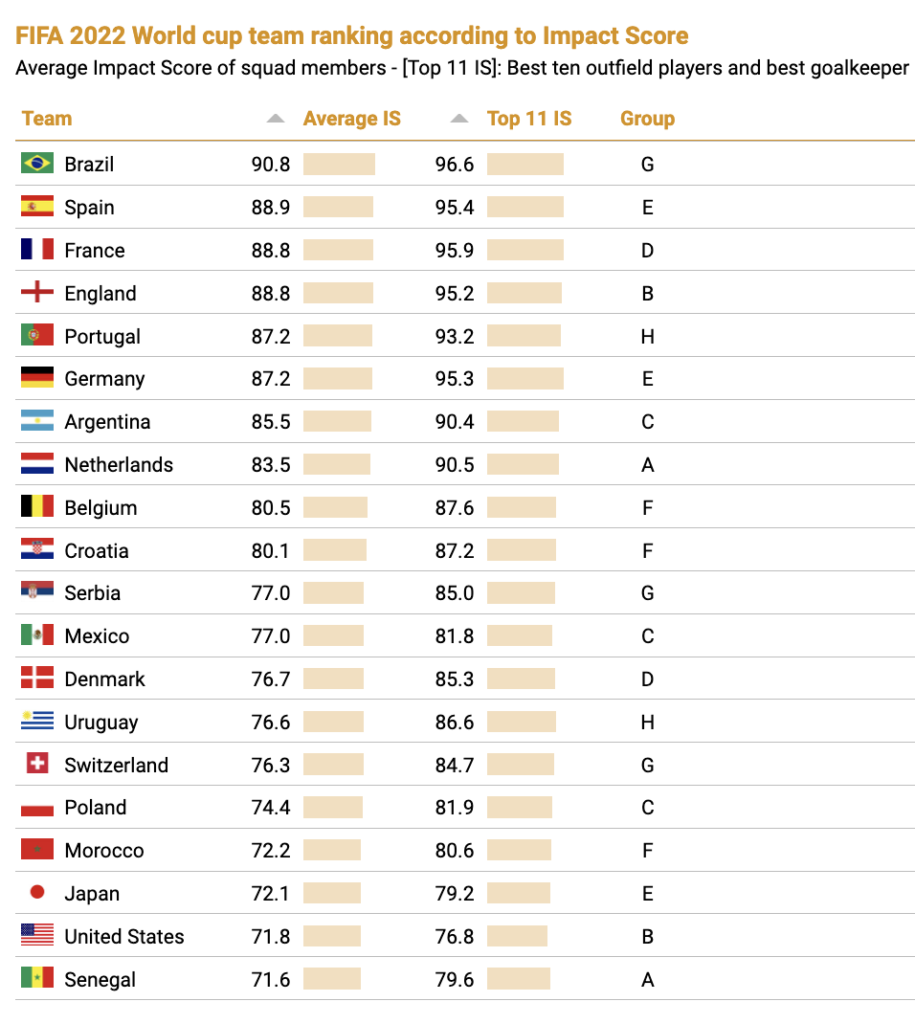 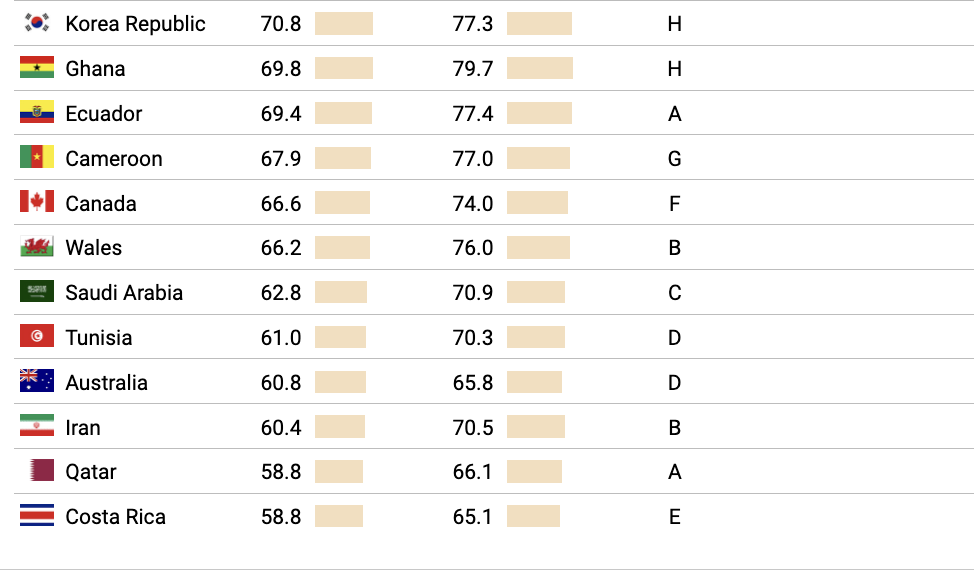