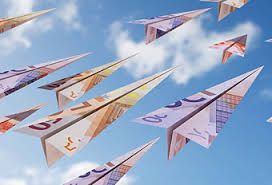 November 25 – Saudi Arabian investors could soon be homing in on trying to take over Liverpool or Manchester United, with both English giants reportedly willing to listen to offers from potential buyers.

“It’s the most-watched league in Saudi and the region and you have a lot of fans of the Premier League,” he told the BBC on the prospect of Liverpool or United possibly falling into Saudi hands.

“From the private sector, I can’t speak on their behalf, but there is a lot of interest and appetite and there’s a lot of passion about football.

“We will definitely support it if any [Saudi] private sector comes in, because we know that’s going to reflect positively on sports within the kingdom.  “If there’s an investor willing to do so and the numbers add up, why not?”

It is the availability of United – after the Glazer family announced plans for a potential sale – and Cristiano Ronaldo that is particularly interesting Prince Abdulaziz.

“I hope so, if there are investors and the numbers add up, and it makes a good business,” he told Sky of a potential bid. “Then the private sector could come in, or companies could come in, from the kingdom.”

He would also be keen on Ronaldo signing for a Saudi Pro League team after the World Cup, with the 37-year-old now a free agent following his bitter departure this week from United.

“Who wouldn’t want him to play in their league?” Prince Abdulaziz added. “He’s a role model to a lot of young players – him and Messi.”